PPA Celebrates Passage of the CASE Act by U.S. House of Representatives

Photographers among artists praising the biggest step yet taken toward improving copyright protections. 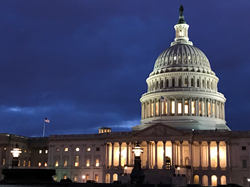 It's without question the largest grassroots campaign in the history of professional photography.

Professional Photographers of America and its partners in the creative community are celebrating the passage of H.R. 2426, the Copyright Alternative in Small Claims Enforcement Act (CASE Act), marking the biggest step yet in improving copyright protection under the law for small creators. The bill sailed through the House to an overwhelmingly bipartisan success with a vote of 410-6.

The CASE Act creates a small claims process for creators whose work is infringed and represents a rare bipartisan, bicameral effort on Capitol Hill. PPA has been activating its 30,000-member base to call or email their representatives in support of the bill. The bill’s central conceit is the establishment of a Copyright Claims Board that would hear and rule on small-claims copyright infringement cases worth less than $15,000. The bill is co-sponsored by 151 members including Representatives Hakeem Jeffries (D-NY), who introduced the bill, and ranking member Doug Collins (R-GA), along with original co-sponsors, Representatives Jerry Nadler (D-NY), Hank Johnson (D-GA), Martha Roby (R-AL), Judy Chu (D-CA), Ben Cline (R-VA), Ted Lieu (D-CA), and Brian Fitzpatrick (R-PA).

"This was a big victory," says PPA CEO David Trust. "And an incredibly hard-fought one. It's without question the largest grassroots campaign in the history of professional photography. But we aren't done. So let's take a day to celebrate, and then we'll make preparations for the last hurdle -- the Senate."

About PPA:
Professional Photographers of America (PPA) is the largest and longest-standing nonprofit photography trade association. Founded in 1868, PPA currently helps 30,000+ pros elevate their craft and grow their business with resources and education, all under PPA’s core guiding principle of bridging the gap between photographers and consumers.