PQ Media released new global market research that suggests digital out-of-home (DOOH) media may be on the cusp of a much-anticipated industry breakout, as consumers spend more time outdoors, dedicating much of that time to activities that place them near digital billboards and video networks. DOOH momentum has been building in both consumer exposure and operator revenues, as digital signage is now the world’s second fastest-growing ad medium, and it is quickly becoming a vital component of the transitioning media ecosystem. 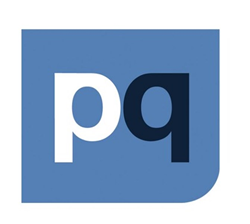 “DOOH exposure and revenues continue to grow at a time when ad media are increasingly challenged by cross-currents taxing their ability to engage target consumers.” - Patrick Quinn, CEO, PQ Media

As the global media economy nears a digital tipping point in 2015, new market research from PQ Media suggests digital out-of-home (DOOH) media may be on the verge of a long-awaited industry breakout. DOOH media has been building momentum in recent years through increased consumer exposure and operator revenues, resulting in digital signage ascending to the world's second fastest-growing ad medium as it quickly becomes a vital component of the transitioning media ecosystem.

According to PQ Media’s new Consumer Exposure to Digital Out-of-Home Media Worldwide 2014, the average global consumer was exposed to various DOOH media for 14 minutes per week in 2013, a 75% increase from only eight minutes in 2007. Key growth drivers included consumers spending a record amount of time with media outside their homes; increased engagement during the day with corresponding content on DOOH screens that are linked to wireless devices; longer work commutes; and consistent growth in leisure travel and shopping hours.

In addition, PQ Media’s data indicates that improved designs, content, interactivity and mobile couponing are extending dwell time with screens. Collectively, these trends factored into the deployment of thousands of new digital signage networks in the 2007-13 period in the Top 15 Global DOOH Markets, concentrated in high-traffic, captive and measurable locations, such as roadside, healthcare and transit.

PQ Media’s Consumer Exposure to Digital Out-of-Home Media Worldwide 2014 delivers the first in-depth, cross-channel datasets, time series and analytics developed with a proven media consumption methodology applied consistently to each country for the 2007-17 period. Adding value to its methodology, PQ Media created the Consumer DOOH Exposure Index™ to compare exposure growth with that of operator revenues and other ad-based media.

In a prescient sign for DOOH, PQ Media’s approach yielded outcomes similar to those published in the aforementioned consumer media usage report, which hypothesized that end-user spending on digital media drives growth in consumer media usage, which leads to increased ad spend on digital media. Specifically, the exposure index revealed that the strongest DOOH markets produced rapid exposure growth in the historical period (2007-12), as more digital signage was deployed. With DOOH market leaders emerging in major metros worldwide, however, the index shows that operator revenues in these markets have begun to grow faster than consumer exposure, as advertisers up their DOOH budgets to engage more elusive consumers by purchasing avails in captive venues offering longer dwell times.

Consumer DOOH exposure is forecast to increase at a compound annual growth rate (CAGR) of 8.6% to 20 minutes on average per week in 2017, fueling higher spending on DOOH inventory and a 14.2% CAGR in operator revenues in the forecast period. Traditional OOH revenues, meanwhile, will rise at a 4.1% CAGR over the next five years, as static billboards decline at a 1.6% CAGR to 44 minutes weekly in 2017. Key growth drivers will include steady rollouts of dynamic signage to replace lower-margin traditional displays in choice metros, improved content, stronger measurement and tactics geared to boost engagement via links between DOOH messages and mobile and social media.

Key Takeaways: Top 15 Global Markets
While the US remains the world’s largest DOOH market by revenues, it ranks fourth in consumer DOOH exposure behind Australia, the UK and Canada, all of which have high concentrations of people near a few major cities where most DOOH engagement occurs. US exposure still increased nearly 20 minutes on average weekly to 47 minutes in 2013. Traditional OOH exposure averaged one hour more than DOOH, but declined 24 minutes since 2007. DOOH exposure will average 56 minutes per week in 2017.

Bolstered by the successful results during the UK-hosted Summer Olympics in 2012 and high expectations for the 2016 summer games in Brazil, DOOH exposure is projected to exceed that of traditional OOH in both countries in 2017. Key drivers will include innovative uses of new technologies, more interactive content and DOOH placement in the highest-traffic locations. Nearly 50% of the UK’s digital signage is positioned at the busiest sites in London, offsetting exposure time from infinitely more static billboards nationwide.

While China is the second-largest DOOH market by revenues, it features wide swaths of land where digital and wireless technology can’t be deployed yet, either due to regional topography or areas where inhabitants are too far from major cities or not trained to use new technologies. Consequently, Asia’s emerging economic giant has a huge population off the radar, which places China near the bottom of the world’s leading markets.

In 2013, Australia became the first global market in which consumers were exposed to DOOH for more than one hour per week, fueled by a surging digital signage industry in a country where 90% of the population lives near the largest cities and most of the DOOH media. Total OOH revenues here grew 15 of 16 quarters through the end of 2013 and the key driver was DOOH expansion.

About the Report
PQ Media has published seven editions of the annual Global Digital Out-of-Home Media Forecast Series, the industry benchmark for revenue and growth data by country, platform and location. The company leveraged its media consumption methodology for consistent application across the DOOH landscape. PQ Media’s unique ability to compare DOOH revenue and exposure metrics is at the heart of the Consumer Exposure to Digital Out-of-Home Media Worldwide 2014. Click through the preceding hyperlink to download an executive summary, table of contents and various datagraphs.