New PQ Media Research: Global Consumer Spending on Digital Media Content & Technology on Pace to Grow 12% to $1 Trillion in 2013 & Climb at 11% CAGR Through 2017

Global consumer spending on digital media content & technology expanded at a 15% CAGR from 2007 to 2012, reaching $860.4 billion in 2012, while consumer expenditures on traditional media inched up only 1% in the five-year period, according to a new PQ Media report. Consumer digital media spending is projected to increase at an 11% CAGR in the 2012-17 period, totaling $1.4 trillion in 2017, and accounting for 69% of worldwide media content & technology spending. 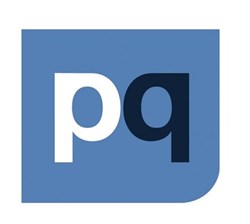 This report ties together data from the first two publications in that consumer digital media spending is fostering growth in digital media consumption, which is driving the shift in advertising and marketing budgets to digital media.

Consumer spending on digital media increased at a 14.5% CAGR in the 2007-12 period, while traditional media expenditures rose at a mere 1.4% compounded annually. Average spending per consumer worldwide nearly doubled in the 2007-12 period, reaching $161.83 per capita in 2012, according to PQ Media, a leading provider of economic research and strategic guidance to media industry executives. Concurrently, end-user spending on traditional media inched up only $3 over the five-year period.

Consumer spending on digital media content & technology is on pace to grow 11.9% again in 2013, and is forecast to climb at a 10.8% CAGR over the next five years to $1.44 trillion in 2017. Digital media growth is being boosted by the rapid increase in penetration rates of smartphones and broadband internet access worldwide, as well as growing middle classes in the emerging BRIC markets, and heavy rich media consumption by GenX and Millennial consumers.

"The third installment in our groundbreaking research series confirms several key trends revealed in the first two reports. For example, the most tech-savvy markets are those with not only the world’s heaviest users of digital media, but also those with the highest per-capita annual spending on digital media and technology," said Patrick Quinn, President & Publisher, PQ Media. "The third report ties together data from the first two publications in that consumer digital media spending is fostering growth in digital media consumption, which is driving the shift in advertising and marketing budgets to digital media channels."

Other key findings from the report include:

The new Global Digital Media & Technology Research Series is the only product line on the market to track, analyze and forecast the rapid transition of media operator revenues, consumer media usage and consumer media & technology spending from traditional to digital media in the 2007-17 period by country, platform, channel and cultural generation. To learn more about this groundbreaking Research Series or to request a live demonstration of any of the reports therein, contact PQ Media at 203-921-0368.

PQ Media is a leading provider of economic research and strategic guidance to executives at media, entertainment and technology companies. Our research analysts study and forecast spending, distribution and consumption of media and technology products and services worldwide through more than 100 digital, alternative and traditional media channels.