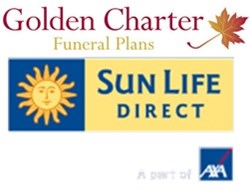 With demand increasing, competition is sure to hot up which is great for consumers

Bound by tradition and convention, the words innovation and death are not ones typically associated however times are changing in the funeral planning market place. With recent news of the agreement between guaranteed over 50s life insurance giant AXA Sun Life Direct and leading independent funeral plan provider Golden Charter, long awaited rejuvenation of the industry could be just around the corner.

Sales of prepaid funeral plans which enable consumers to arrange and pay for their funeral in advance at today’s prices are expected to have risen by 12% in 2013, equating to some 135,000 plans sold. Taking into account the sales of Over 50s Life Insurance plans, which are largely used to help pay towards funeral costs, at least 400,000 people in the UK last year protected their families by putting funeral plans in place.

Commenting on the increase, Ashley Shepherd said “This figure is extremely encouraging, especially for a nation that doesn’t like to discuss death; however when you take into account the total number of prepaid funeral and over 50 plans in existence and our growing over 50s UK population of c22 million, the harsh reality is that only 12% have made funeral arrangements, so there is still a lot more work to be done.”

The most recent innovation came from Golden Leaves who launched a fixed monthly payment funeral plan which provides full cover after just 6 months as opposed to the usual 24 month waiting period offered by their competitors, in addition to their rebate guarantee.

Currently the most popular way to pre-pay funeral costs is with over 50s life insurance; a whole of life insurance plan that guarantees to pay a cash sum upon death. Although these plans provide certainty that an agreed amount of money will be provided when then person insured dies, they don’t guarantee to cover the funeral costs, unlike a prepaid funeral plan.

With funeral inflation running at 7% for the last 10 years, bringing the average cost of a funeral to over £3,400, it’s easy to see why buying a prepaid funeral plan is becoming more popular, especially considering the fact that soaring funeral costs are expected to continue.

The Internet is also playing a major part in transforming the funeral planning industry; making products more accessible and providing a platform for customers to shop around for funeral plans and prices, relieving them from the daunting prospect and stress of having to visit funeral directors’ premises.

The Cooperative Funeralcare has just launched its new online quote & buy application service, joining the ranks of Dignity, Golden Leaves and Golden Charter, so customers can now benefit from a choice of providers when opting for the straightforward and hassle free option of buying a prepaid funeral plan online.

Ashley goes on to say ‘With demand increasing, competition is sure to hot up which is great for consumers. In addition to funeral plan product providers, there are a growing number of online services like Over50choices, that offer impartial comparisons, funeral planning calculators and a wealth of information so people can be sure of making the right decision.”

The relationship between AXA Sun Life Direct and Golden Charter is understandable; one provides over 50s life insurance; the other, prepaid funeral plans so between the two, could this be the start of some great sizzling new ideas and product innovations that will benefit the consumer?