CPA, CEO and Author Tom Wheelwright raises 3 questions about what the October 2015 Presidential Candidate Debates tell us about how the Candidates may impact Small Business. 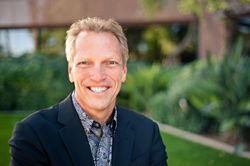 Voters should carefully monitor how each of the candidates propose taxing the heart of the U.S. economy – the small business. ~ Tom Wheelwright, Tax-Free Wealth Author, CPA and CEO

The Democrat and Republican debates provided some real insight in how the candidates in both parties intend to address the challenges faced by small business owners. The differences between candidates appear to be widening when it comes to tax policy towards business versus small business in particular.

According to the US Small Business Administration, 28 million small businesses in the US account for 54% of all U.S. Sales, which is why this debate is critical to watch.

Many of the candidates propose reducing the tax rates in general. The question is whether these tax rate reductions actually help or hurt small business. For example, Hillary Clinton guarantees that tax rates for individuals earning under $200,000/year will go down. While this approach helps the really small and struggling business, it does nothing for the business that nets over $200,000 for the owner. The reason, as Senator Rubio pointed out during the GOP Debate, is that most small businesses are pass through entities taxed directly to the individual owner. So Mrs. Clinton’s proposal doesn’t do anything for the successful small business.

Senator Rubio, on the other hand, clarified during the debate that the profit from a business under his plan would be taxed at no more than 25%. While Rubio’s overall rates appear to be even higher than Mrs. Clinton’s, going to 35% at a mere $75,000 of taxable income, Senator Rubio’s tax rate on business ends up being considerably less than Mrs. Clinton’s. Bernie Sanders raises small business tax rates even higher by removing the cap on social security (currently at $110,000), which could raise the tax rate on small business owners by another 12.4%.

2. Will the tax proposals increase International Competitiveness for small business?

While most of the discussion about taxing international income has been focused on big businesses like Apple and Google, there are plenty of proposals that affect small business. Small businesses routinely sell overseas and compete with offshore companies. Several Republican candidates have suggested a small tax on income that was earned overseas and deferred by business through legitimate tax planning. This amounts to a tax amnesty to allow business to bring money into the U.S. at a very low tax rate. Add to this the proposals to reduce the corporate tax rate overall and you have what seems to be strong encouragement by these candidates for businesses to export their goods and services.

The Democrat proposals, on the other hand, are focused on punishing business, both large and small, for using legitimate tax laws to reduce the rate of tax they pay on income earned overseas. Even the Republicans, most of whom propose a small tax on income deferred overseas, are changing the rules in the middle of the game with proposals that tax income that has been removed from the U.S. tax system legally through the use of current tax laws.

Many of the candidates are proposing an unlimited deduction for capital expenditures (example, purchasing new equipment). The purpose of this tax reform proposal is to encourage expansion and upgrades to existing facilities. Rubio, Bush, Gilmore, Kasich, Paul, Santorum and Cruz all want this unlimited tax break. For the past several years, Congress has allowed a large amount of capital expenditures to be deducted by small businesses. This is a benefit that has been widely embraced by the business community.

In summary, Tom Wheelwright recommends that voters carefully monitor how each of the candidates propose taxing the heart of the U.S. economy – the small business. Small businesses have provided 55% of all jobs and 66% of all net new jobs since the 1970s (US Small Business Administration). Young people struggling to find jobs should be especially concerned about the candidate proposals for small business as many Millennials are finding that starting a business is a better option than finding a job.

ABOUT
Author (Tax-Free Wealth), CPA and CEO of ProVision Wealth Tom Wheelwright, is a leading tax and wealth expert, speaker, and a Rich Dad Advisor/Speaker for Robert Kiyosaki (Rich Dad Poor Dad). He is best known for making taxes fun, easy and understandable, and specializes in helping entrepreneurs and investors build wealth through practical and strategic ways that permanently reduce taxes. He is the Founder of WealthStrategyU, and has been featured in Accounting Today, Investors Business Daily, Deseret News National, Go Banking Rates, and as a guest on the ABC Radio News, AM870 The Answer, Real Estate Guys Radio Show, Money Radio 1510 Business for Breakfast, AZTV Morning Scramble and more. http://taxfreewealthadvisor.com