Jack Price, of Price Rubin & Partners, helps to launch the J. Donald Feagin Guest Artist Series at the University of Tulsa at the Lorton Performance Center with a solo recital by world-renowned pianist Alex Slobodyanik. 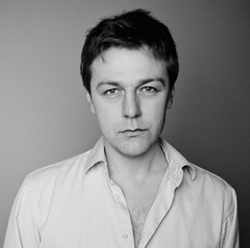 This is the only concert in the series at the Lorton Performance Center.The Lorton is a state-of-the-art facility where attendees will get to hear famed Russian pianist Alex Slobodyanik in a solo piano recital.

Jack Price, founder of Price Rubin & Partners and concert pianist formerly known as Dickran Atamian, recently announced the launch of the J. Donald Feagin Guest Artist Series at the University of Tulsa, which kicks off at the Lorton Performance Center. The premier concert, which is the first of its kind in Tulsa, takes place on Tuesday, September 20, at 7:30 p.m. at the Lorton Performance Center Gussman Concert Hall, 550 South Gary Place in Tulsa, featuring Price Rubin artist Alex Slobodyanik, a revered world-class pianist.

Established in 2004, The J. Donald Feagin Distinguished Visiting Artist program annually brings guest artists to the campus in the fine and performing arts. Slobodyanik, who is recognized by critics, audiences and fellow musicians worldwide as a major figure among a new generation of pianists, is the university’s first J. Donald Feagin Guest Artist for the fall semester.

“This is the only concert in the series at the Lorton Performance Center,” said Price. “The Lorton is a state-of-the-art facility where attendees will get to hear famed Russian pianist Alex Slobodyanik in a solo piano recital.”

At the age of 15, Slobodyanik became the youngest pianist ever to win the Young Concert Artists International Auditions. He subsequently received the Grand Prize at the Stravinsky Awards International Piano Competition and a Young Artist of the Year Award from the Gilmore Foundation, establishing him as one of the leading pianists of his generation. He has appeared at Lincoln Center, UNESCO Hall in Paris, the Great Hall in Moscow, Suntory Hall in Tokyo and a host of other major venues throughout the United States and Europe.

“The Lorton Performance Center recital will be a rare opportunity to see one of the greatest living pianists in the world,” concluded Price. “It is also free and open to the public.”