Private Health Insurance to save the NHS?

With headline news reporting on the unsustainable future of the NHS, Over50choices reviews the bleak prospects for this national institution and questions whether Private Health Insurance could be the solution. 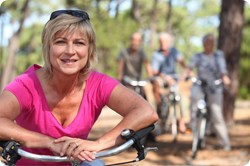 We all want to save the NHS

For example, a 51 year old man could get private health insurance for less than £20 a month.

According to top health officials, a free national health service will very soon be unsustainable if radical plans for change aren’t introduced before the 2015 election. Spending cuts, rising costs and an ongoing increase in demand see the NHS facing its most challenging time; tackling an estimated funding gap of £30bn by 2020 if urgent action isn’t taken.

So what are the options and what can be done to save the NHS and change it from a service designed to address the needs of the 1960s to one that is better equipped to look after the needs of our ageing population?

Surprisingly according to a survey conducted by YouGov, a large percentage of people believe the answer lies with Private Health Care, highlighting an apparent appetite for private medical care within the UK. According to the SixthSense research, 61% of those surveyed thought they should have the ability to be treated at a private hospital at NHS prices with a further 62% stating that they believed the Private Health sector had a role to play in reducing lengthy NHS waiting lists.

The survey also shows that contrary to popular belief, people are happy to pay for private health care, with 53% stating they would pay for medical treatment if they could afford it.

Touching on the issue of affordability, Over50choices MD Ashley Shepherd said, “Private Health Insurance these days is far more competitive and there are a variety of healthcare plans available to suit most budgets and needs. Using a private health insurance comparison service is a good way for people to review their options, the level of cover available and the price. For example a 51 year old man could get private health insurance for less than £20 a month.”

With the help of online comparison services like the one at Over50choices, finding cheap private health insurance is quick and straightforward. Cover is available in different levels and can be adjusted to further reduce the monthly premiums.