Psychic Predicts Trump as President for a 2nd Term

Psychic Medium Kelle Sutliff was one of the only Psychics to predict Donald Trump as President over 4 years ago, and now she predicts him for a 2nd term. 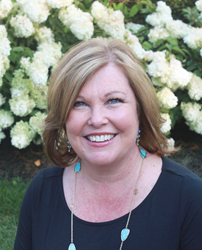 The next four years feels very similar to Lyndon Johnson's presidency, with a smidgen of Abraham Lincoln's presidency thrown into it.

Kelle Sutliff has 18 years of experience behind her in readings, psychic investigations on missing person and cold cases, and has always seen President Trump serve two terms. She made her first prediction as documented in The Boston Herald,18 months prior saying, it would be Hillary Clinton and Donald Trump as the last two candidates in the 2016 election.

“I knew at 9:28 PM that election night that the shift would happen in his favor and he would win.” said Sutliff.

For 2020, I see him being elected again, but with some challenges. Mercury is retrograde and is direct with Saturn, which can bring some chaos. Sutliff believes it's the worst time to have a presidential election right now. She says, “Be prepared to have ballots lost, conspiracy and voting not counted correctly. Needless to say, people of course getting mad and taking their ball home and not playing anymore!” It's poor timing and the announcement of Trump being president will be delayed.

She adds, the next four years you will see a lot of medical reform, balance in racial injustice and more financial allocations towards healing our environment - due to the world entering into the age of Aquarius starting in the Fall of 2020. However, with this new age comes those 1960’s-like movements coming back at us. Sutliff says, “that's ok though, as it's time to revisit the old so we can learn and the new can come in.” The unrest is also from everyone having to focus on themselves, so it's not really a country problem. It's a matter of trusting your own instinct and leading within, which is a benefit of this pandemic; everyone gets to figure out who they are.” Additionally, sometimes growth can come in the hard way.

"The next four years feels very similar to Lyndon Johnson's presidency, with a smidgen of Abraham Lincoln's presidency thrown into it. There is some more ground work to be finished, and Donald Trump will continue his work" says Sutliff.