Recorded Books Inc. and its family of companies receive 14 nominations for the 2017 Audie Awards. 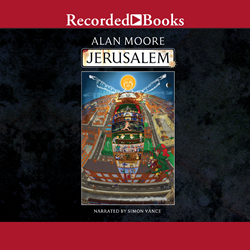 There are some truly special books on this list, and some spectacular pairings of story and storyteller/narrator.

Among the finalists announced by the Audio Publishers Association (APA) for the 2017 Audie Awards, Recorded Books Inc., Tantor Media, HighBridge and christianaudio received 14 nominations across a wide range of categories, including Best Male Narrator.

“Recording Alan Moore’s ‘very long book about very nearly everything’ [Entertainment Weekly] was a peak experience of 2016. Alan has an imagination the size of several large planets … and a generosity of spirit to match. It’s to Alan, my ‘eternal chum,’ I owe this honor of being nominated,” said Simon Vance, narrator and 2017 Audies finalist.

“There are some truly special books on this list, and some spectacular pairings of story and storyteller/narrator,” said Troy Juliar, chief content officer for Recorded Books. “There is a lot here for audio fans to enjoy and savor. We are truly honored to have our work and the work of these authors and narrators acknowledged by the APA.”

For more information or to purchase any of these Audie Award–nominated audiobooks, click here.