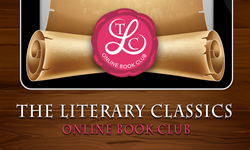 Because audio is an increasingly popular format, especially among young people studying the classics, winning these titles for the club couldn’t be more timely.

Recorded Books, a leader in spoken-word content and provider of digital media, announces its third year of The Literary Classics Online Book Club.

Free to libraries, the online book club provides a forum for all those who enjoy reading and discussing classic literature. Six books are selected each year for discourse and debate. Although all of the titles are free to libraries through the Recorded Books OneClickdigital audiobook/eBook platform, patrons can obtain their books from any source and still participate in online discussions.

Since launching the book club in January 2015, Recorded Books has given away 12 classics audiobook collections valued at $1,000 each. Libraries participating in the book club have six chances throughout the year to win one of the collections. More details about the contest are posted on the club’s blog under the Contest tab.

The latest free classics audiobook collection was awarded at the beginning of January to Monroe Library of Sno-Isle Libraries in Washington.

Recorded Books also offers libraries free marketing materials for promoting this complimentary service to patrons. Links to these materials are available on the club’s blog under the Promotional Materials tab.

Participants in the book club are currently reading The Picture of Dorian Gray by Oscar Wilde. Discussions will begin in February, along with another chance for a library to win a $1,000 audiobook collection. Follow the book club online to participate: