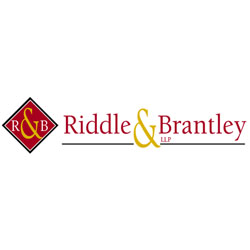 The tragic stories in the media are a reminder that something more needs to be done to prevent the death of toddlers left in hot vehicles.

“The tragic stories in the media are a reminder that something more needs to be done to prevent the death of toddlers left in hot vehicles. We commend the NHTSA for working on finding technology that could help remind parents to check their vehicles twice before exiting. Hopefully the surge of media attention on this issue will serve as a warning to parents, and will push the administration to make this a top priority,” said Riddle.

On July 24, according to the Detroit News, the head of the NHTSA announced that the technology to prevent parents from leaving kids behind in hot vehicles isn’t ready yet. In 2012, the administration studied 18 different systems, however, the devices were inconsistent or unreliable in their performance.

The NHTSA went on to urge parents to never leave children unattended in a vehicle, even if the engine and air conditioning are running. They also suggest leaving something in the back seat to remind them to take their child out of the backseat. Of the deaths reported in 2013, about 51 percent occurred because parents forgot their child was left behind.

According to an NHTSA press release published on July 24, this year, 17 children have died of heat stroke. Vehicles heat up quickly; even if a window is rolled down, the vehicle can become deadly for small children in less than 10 minutes.

About Riddle & Brantley, LLP
The attorneys at Riddle & Brantley, LLP use their combined 180 years of legal experience to fight for those who have been injured by the actions or negligence of another person or entity. The Goldsboro, North Carolina-based personal injury law firm handles all types of personal injury claims including auto accident injuries, dangerous drug litigation, medical malpractice, product liability claims, premises liability and workers’ compensation. For a free and confidential case evaluation, contact Riddle & Brantley by visiting justicecounts.com or by calling (800) 525-7111 today.