Roberta Jackson’s newly released “Scenario Queen” is a gentle reminder of God’s existence and His endless grace even in such a corporeal world.

“Scenario Queen: God is omnipresent and omnipotent; He never slumbers or fails.” from Christian Faith Publishing author Roberta Jackson is a heartwarming manuscript that tells stories of how God brings endless love, security, and mercy, especially when one is in dire need of His grace. 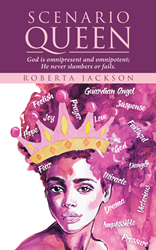 Since young, she has been using writing as comfort and encouragement. For more than three decades, she has continued to encourage and minister to herself and to others using both poetry and song.

Jackson shares, “Scenario Queen is a book filled with circumstances, encounters, and choices that June had to make. These stories may be similar to encounters on your life’s journey as well. As you read this book, whether you’re a believer in Jesus Christ or not, the author’s hope is that you find encouragement that light shines on a past memory or a current circumstance in ways you’ve not thought of before. Just know you are not alone!

“Through this book, hopefully, you see that nothing is a coincidence and that things are going on behind the scenes you can’t imagine. That you might see there are some things that happen which you can’t control, but an all knowing God is watching over you. That He knows the beginning and the end of all things. That God has a way of working things out for the good and sometimes lessens the consequences or blows in some situations. That He’s your provider, protector, redeemer, and deliverer.

“The author hopes you can see how a loving God was there all the time even when you didn’t know it or see it. She prays that you develop a deeper relationship or start a relationship with God as a result. She hopes for clarity and new direction in your life. That your eyes are open, and you see how God is the potter and we are merely His clay on the potter’s wheel. (Jer. 18:3-4)

“As each of you journey through this life, she hopes you discover, with God’s guidance, your destiny or purpose.

“God is the key, and He’s offering it to you. He’s knocking at your heart’s door with open arms.”

Published by Christian Faith Publishing, Roberta Jackson’s new book is a soul-soothing read for those who have faith in God’s existence and in His plans. Likewise, this book also hopes to inspire those who are still in doubt of God and convince them of His power so that they, too, will place their lives in His righteous hands.

View a synopsis of “Scenario Queen: God is omnipresent and omnipotent; He never slumbers or fails.” on YouTube.

Consumers can purchase “Scenario Queen: God is omnipresent and omnipotent; He never slumbers or fails.” at traditional brick & mortar bookstores, or online at Amazon.com, Apple iTunes store, or Barnes and Noble.

For additional information or inquiries about “Scenario Queen: God is omnipresent and omnipotent; He never slumbers or fails.,” contact the Christian Faith Publishing media department at 866-554-0919.