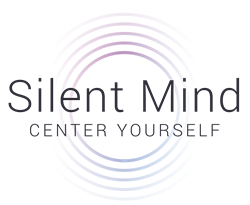 We’d love to be part of a movement that gives children a better foundation in techniques which can impart peace and balance quickly and naturally.

The New York Times recently published a piece which reveals that nearly 400 schools in the UK are introducing mindfulness in classrooms. It’s part of a larger movement in the UK which sees pupils and adults alike striving to become more open in discussing mental health struggles.

The overarching goal with this initiative is prevention. If students can learn to accept and manage uncomfortable emotions early on, they may be less likely to develop some common mental health disorders later in life.

Dr. Patricia Rockman with the Centre for Mindfulness Studies acknowledges that mindfulness isn’t a cure-all for mental health issues. Still, evidence has consistently shown that mindfulness can be a useful intervention in reducing stress, anxiety, and excessive worry, as well as helping us learn to focus - one attribute every star student needs.

Yet it’s never too late to reap the benefits of mindfulness. That has surely played a role in the Calm app confirming a staggering 40 million downloads, with the company at large being valued at a billion dollars. While many users of the meditation and mindfulness app do subscribe to paid content there, even more stick around for the free offerings, like timed meditations and tracks featuring nature sounds.

Silent Mind, Amazon’s #1 singing bowl seller, is soon releasing an app of their own. They have previously shared their intention to offer their app and its key features for free. The company also anticipates that many of their customers will use the app as a companion to their Silent Mind singing bowls.

And could this app eventually meet the classroom? It’s possible, says a Silent Mind representative. “The spread of mindfulness in classrooms is evident via our customer reviews alone,” the rep explains. “We’ve actually been pleasantly surprised at the number of teachers in early education who are placing greater emphasis on mindfulness.”

How exactly are teachers doing this, and why? Schools in England are implementing breathing exercises and relaxation techniques, during which we focus on the present moment. The benefits of learning to stay present may not be limited to greater emotional regulation, either. Some research shows it can improve academic performance in subjects like science and math, all while reducing behavioral problems.

Then there’s the all-important student-teacher relationship. For example, according to Silent Mind, there’s an influx of teachers who want to use mindfulness tools like singing bowls to replace shouting. Instead of calling out across a classroom in frustration and urging students to take out their study materials, a single chime or two from a singing bowl sends the message. Students respond to this even better when they have a background in mindfulness, even if limited.

“We’re looking forward to learning more about how teachers plan to use singing bowls in the classroom,” Silent Mind shares. “We’d love to be part of a movement that gives children a better foundation in techniques which can impart peace and balance quickly and naturally.”

To learn more about Silent Mind, their singing bowls, and other information on meditation and mindfulness, visit them at silentmindsingingbowls.com.