SEO Consultancy LTD, has announced the completion of the improvements and upgrades of their regional offices and headquarters. 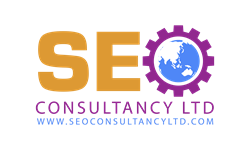 The SEO Consultancy LTD firm is pleased to announce the opening of a new series of offices in locations around the world. This SEO firm that originated in London, United Kingdom, has so far opened offices in many regions, including the Middle East, Australia, and USA, with more expected for the future.

While some of these regions are new additions to the list of locations already being served by the SEO Consultancy LTD, others have been established for some time, and for varying lengths of time. However, the director of the firm would like it to be known that each of the offices where they do business has now been renovated and upgraded to provide a more welcoming environment for clients, and an increasingly productive setting for their staff.

“Although some of our offices are brand new, others have been open a few years now. These new offices prompted us to make the decision to renovate and modernize our older locations in order to create a level of consistency for our offices throughout the different regions we do business in,” the manager in charge of SEO services London and the rest of UK, explained. “While the earlier offices were still comfortable places to work out of and liaise with clients, they look much better now and should help us acquire more new SEO accounts and attract more staff,” he continued.

As part of the renovation and updates that were carried out on the SEO agency offices, the old furniture was removed and recycled where possible. The interior of the offices were updated, and new equipment was installed to give the staff access to the latest SEO software and tools, as well as a high speed internet connection for instant video communications with remote staff and overseas offices and clients.

“The revamp wasn’t just about making the place look nicer, we also wanted to upgrade our technology infrastructure at the same time. As SEO Consultancy LTD operates in many regions around the world, it’s essential that we can communicate instantly via a secure and high speed network,” the accounts manager at the firm revealed. “Obviously it was nice to have new chairs and carpets in the workplace, but the changes go much deeper than that and both staff and clients stand to benefit from the investments we’ve made so far,” he continued.

The new designs of the existing offices and the renovations being applied to the new locations where originally conceived by the partners of the firm, while an outside agency was brought in to provide professional assistance as the plans developed. Local contractors were used wherever possible, and local materials and goods were sourced when the opportunity presented itself.

With a growing number of offices around the world and new locations being discussed and considered presently, SEO Consultancy LTD has been able to capitalize on their position in the search engine and marketing industries to expand their empire beyond their original geographical constraints. This has helped them build a global brand, that now has the premises, complete with modern décor to match.