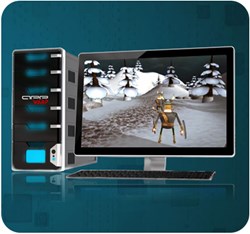 ShepHertz– A Cloud Ecosystem provider for Apps (Mobile, Web, Social, Gaming and TV Apps) announces the launch of AppWarp on-premise solution. This is in addition to their existing AppWarp cloud based solution which has seen huge adoption from developer community last year.

AppWarp S2 (on-premise) solution is an authoritative game server that can be downloaded and deployed on any OS eg: Linux, Mac, Windows. The alpha release comes with all the features which are part of the AppWarp Cloud Solution and much more.

Highlighs of its core features:

AppWarp S2 alpha server can be easily deployed on any linux, windows or mac box seamlessly. AppWarp S2 provides the power to developers who want to customize the server side logic but were restricted by the cloud solution.

For the developers who want server side AppWarp S2 solution, but still do not want to go through the hassles of deployment and management of Servers ShepHertz will be launching GPaaS which is nothing but AppWarp S2 running over ShepHertz PaaS Solution.

AppWarp also provides out of the box gaming APIs through App42 BaaS for increased user engagement. Some of the popular APIs are: Cross Platform Push Notification, Social Leaderboards, Reward, Buddy, Achievement, Avatar Management and Game analytics. All these APIs are cross platform and support multiple platforms and languages.

About ShepHertz
ShepHertz Technologies is a cloud ecosystem provider for App and Game Developers which adds value to the complete development life cycle of their Apps and beyond. ShepHertz is an access channel and technology agnostic cloud computing (BaaS/MBaaS, PaaS) service provider. They have taken an ecosystem approach where they want to provide Mobile, Web, Social, SaaS, TV and Gaming App developers a One-Stop-Shop for all their Cloud needs. App42 product line also offers App42 Cloud API – Backend as a Service AppWarp – Multiplayer Engine and soon to be launched App42 PaaS
Reach them at:
Sales - sales(at)shephertz(dot)com
Twitter : @shephertz