Oklahoma Singer/Songwriter, Beverly Perry, Sweeps the 2015 Int'l UK Songwriting Contest by Advancing to the Semi-finals in an Unheard of 6 Categories

Singer/Songwriter Beverly Perry has eleven songs that have advanced to the semi-finals in the 2015 International UK Songwriting Contest out of over 7000 entries. Perry is getting noticed by key music industry professionals who have advanced her originals to the semi-finals in pop, acoustic folk, country, adult contemporary, and christian/ gospel categories, as well as the singer/songwriter category, which is also judged on vocal performance. 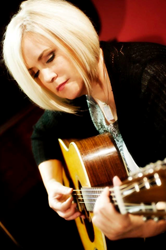 Singer/Songwriter Beverly Perry has eleven entires that have advanced to the semi-finals in the 2015 International UK Songwriting Contest out of over 7000 entries.

I was shocked to learn that my original tunes were resonating with different judges across all genres I submitted to. It was very unexpected.

Among the hopefuls advancing to the 2015 semi-finals is Oklahoma’s own, Beverly Perry, whose song “It Was Real” made it to the finals in the country music category in 2014. Diagnosed with a rare genetic disease, Acute Intermittent Porphyria, Perry was forced to leave her career with a medical company and move back to Oklahoma in 2012. “I found that songwriting was a needed creative outlet. For me, it’s not about winning awards. There is something healing about creativity.”

Songs in the contest are judged solely on composition, with exception of the singer/songwriter category in which vocal performance is also judged . Perry entered three songs in the singer/songwriter category this year, with all three advancing to the semi-finals. Placing in six categories with eleven entries, Beverly Perry says, “I am honored to have so many songs selected to be among the semi-finalists. The competition is stiff and music can be subjective.” She adds, “I’m keeping my fingers crossed that at least one song will be a finalist again this year. It would be a dream to win a category. I am just happy that I have been chosen to advance in multiple genres this year. I was shocked to learn that my original tunes were resonating with different judges across all genres I submitted to. It was very unexpected,” Perry concluded.

Lucie Diamond - Female Artist of the Year and also Country Artist of the Year at The European Country Awards. Lucie has worked with Multi Grammy Award winners Delbert Mcclinton and Albert Lee and a host of international songwriters including Garth Brooks' writing partner Kent Blazy.

Simon Ellis - Musical Director for the Britney Spears' world tour, and also as MD for The Spice Girls, Belinda Carlisle, East 17, D:Ream and Jamelia. He has also written and produced songs for John Farnham, Randy Crawford, Emma Bunton, Steps, Hearsay, D Side, Javine, Maria Lawson, S Club 7. He is a winner of the BRIT Award for Best Song and ITV Record of the Year and has been nominated for an Ivor Novello Award.

The finals will be announced in December. Many past entrants have been noticed and signed by publishers, producers, and record companies. Perry says, “It is a great opportunity for songwriters. It’s an honor just to be heard by music industry professionals”.