The Slay Network is a luxury lifestyle club with a $1,000 per month elite social network for influencers, bloggers and businesses 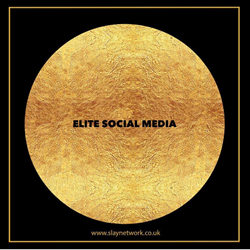 The internet is seemingly awash with social networking platforms from Facebook, to Instagram, Snapchat and beyond, offering a democratic space for interaction and picture gazing between friends and perfect strangers. Throw in the allure of graded exclusivity and "loyalty rewards” in industry jargon, into the heady mix and the ubiquity of these social networking behemoths becomes self-evident.

So, step right in Slaylebrity hosted by the Slay Network; a member-based social networking platform that prides itself as the most elite social network. And judging from the diverse content, posted at a prolific rate, on the network—from haute couture, to fine dining, fitness, ultra-luxury vehicles, politics, travel and more—the word elite has never felt so understated.

Slay Network is a digital exercise in bacchanalian opulence for its own sake.

And it has the decency to offer some lucky few the chance to luxuriate in man’s most noble pursuit: social status!

Influencers are a major force in the business world these days. Indeed one can go as far as making the bold statement that most businesses are successful as a result of influencers. Brands chase after the influencers with the most followers on most social platforms, especially Instagram. However, with the influx of the fake follower trend it is becoming incredibly difficult to judge the authenticity of most influencers. This is a situation that the Slay Network has cleverly taken advantage of through its Elite social platform Slaylebrity.

The network has set up a sort of social grading system. Essentially all users can register for free as Slay birds. As a slay bird you can follow, like and comment, but you’ll need to pay the influencer membership fee if you’d like to broadcast photos of your enviable lifestyle to the world. The goal of the network is to weed out the fake follower trend currently on the public social network scene.

The Elite Membership levels are graded into two Sloggers and Slaylebrities. When a member upgrades to Slogger Status it costs an incredible fee of $1000 per month.or $12000 a year to upgrade. Sloggers are entitled to the following perks:
1. 500 slay dollars ($500) credited to their slay network account every month for 1 year which the member can use to purchase any item at the Slay network luxury store.
2. Sloggers can share their content on the exclusive platform and refer others to gain loyalty rewards
3. Sloggers will also receive a social media manager to manage their influencer brand.

It gets even more interesting. When members Gain 500K followers on the platform they are upgraded to the ultra-elite status of Slaylebrity which entitles the member to free lifetime membership (as long as they maintain this level of followers), more loyalty rewards for referrals.

Companies can also benefit from becoming members of this elite network as it effortlessly keeps advertising at a flat rate and provides access to the much sought after 'high disposable income' client base. Businesses pay $1500 a month to have an account at this network.

The public relations manager Lana Gorokhav says the Network will be running a giveaway contest in June 2017. “One lucky winner will get a free One year membership valued at $18000. This includes $6000 credit that can be used at the slay network luxury store.”

A list of high profile influencers/bloggers are already lining up to sign up to this new age network.

This is a new and exciting take on the social network model; this Network is definitely one to watch.