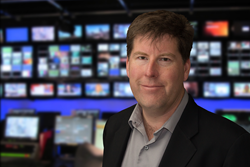 The Coalition for Innovative Media Measurement (CIMM), an industry organization that promotes innovation in audience measurement for television and cross-platform media, and the Society for Motion Picture and Television Engineers® (SMPTE)®, the worldwide leader in motion-imaging standards and education for the communications, media, entertainment, and technology industries, today announced the results of the Request for Information (RFI) issued in December 2013, which sought technologies for the optimal open standard technical solution for binding Ad-ID and Entertainment Identifier Registry (EIDR) coding to all advertising and program content assets.

Using responses collected from the RFI, the study group concluded in its recently published report that technologies that can survive compression and distribution through the media and entertainment (M&E) supply chain currently exist for binding media identifiers to content. Specifically, the study group concluded that audio watermarking appears to be the most promising approach, and it recommended that SMPTE undertake standardization of technologies for the open binding of IDs to essence, using the findings in the report as a guideline. Chris Lennon, president and CEO of MediAnswers, who has led the effort to this point, will chair the drafting group including representatives from a variety of networks, media companies, and technology providers.

CIMM Managing Director Jane Clarke, speaking from IBC2014 in Amsterdam, said, “Content creators and distributors need an effective way of reliably binding content identifiers to content in order to track and ultimately measure it. The study group findings and recommendation to draft an open standard are a huge step forward and a testament to CIMM’s mission of facilitating research and development that benefits all industry participants.”

“With the difficult process of compiling the information into a report, the resulting recommendations provide a call to action,” said Lennon. “Now SMPTE can begin developing an open standard for binding of Ad-IDs and EIDRs to content to set the course for some exciting work ahead for the new drafting group.”

In August 2013, CIMM and SMPTE formed the study group, which included CIMM members and representatives from media organizations, ad agencies, and vendors, and charged the group with formulating an understanding of technologies and future standards requirements that could be applied to content identification. The group’s work concluded with the publication of its final report in late June 2014.

The genesis of this initiative began with CIMM’s advocacy platform, Trackable Asset Cross-Platform Identification (TAXI), which called on the media industry to coalesce around unique identifying codes provided by either Ad-ID, the industry standard for identifying advertising assets across all media platforms, or EIDR, a global registry for unique identification of movie and TV content. Participating media companies that embrace this approach can better monetize video assets across distribution platforms, increase efficiency and accuracy of media workflows, and improve cross-platform media measurement by making it easier to track assets across television, broadband, and mobile video.

About the Society of Motion Picture and Television Engineers® (SMPTE®)
The Oscar® and Emmy® Award-winning Society of Motion Picture and Television Engineers® (SMPTE®), a professional membership association, is the preeminent leader in the advancement of the art, science, and craft of the image, sound, and metadata ecosystem, worldwide. An internationally recognized and accredited organization, SMPTE advances moving-imagery education and engineering across the communications, technology, media, and entertainment industries. Since its founding in 1916, SMPTE has published the SMPTE Motion Imaging Journal and developed more than 800 standards, recommended practices, and engineering guidelines.

The Society is sustained by more than 6,000 members — motion-imaging executives, engineers, creative and technology professionals, researchers, scientists, educators, and students — who meet in Sections throughout the world. Through the Society’s partnership with the Hollywood Post Alliance® (HPA®), this membership is complemented by the professional community of businesses and individuals who provide expertise, support, tools and the infrastructure for the creation and finishing of motion pictures, television, commercials, digital media, and other dynamic media content. Information on joining SMPTE is available at http://www.smpte.org/join.

About CIMM
The Coalition for Innovative Media Measurement (CIMM) is comprised of leading video content providers, media agencies and advertisers that aim to promote innovation and foster efficiencies in audience measurement for television and cross-platform video. CIMM explores and identifies new methodologies in audience measurement and verifies these approaches through a series of pilot tests and studies conducted with independent measurement companies. CIMM’s primary focus is on two key areas: the current and future potential of television measurement through the use of return-path data, and new methods for cross-platform media measurement. http://www.cimm-us.org and @CIMM_News