Jonathan Berent, L.C.S.W. Identifies “Toxic Perfectionism” as a Primary Cause of Social and Performance Anxiety in Thousands of Cases

Jonathan Berent, Psychotherapy expert Identifies “Toxic Perfectionism” as a Primary Cause of Social and Performance Anxiety in Thousands of Cases 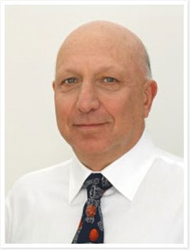 ...close to 100% of patients who come for help with their fear of being noticeably nervous in public because of blushing, sweating, stuttering, or drawing a blank are prone to substantial levels of perfectionism Jonathan Berent, Psychotherapist

A new understanding of the link between social and performance anxiety and a lesser known personality disorder may hold the key to more effective treatment for millions of sufferers, according to pioneering psychotherapist Jonathan Berent, LCSW, ACSW.

In a recently published research paper, Berent identifies obsessive-compulsive personality disorder (OCPD)—a component of which is extreme perfectionism—as a key factor in social and performance anxiety. “My clinical observation has been that close to 100% of patients who come for help with their fear of being noticeably nervous in public because of blushing, sweating, stuttering, or drawing a blank are prone to substantial levels of perfectionism,” Berent says.

Affecting an estimated 6.8% of Americans, social anxiety results from a fear of being embarrassed or humiliated in front of others. Affecting an estimated 7.9% of Americans, OCPD is characterized by a pattern of overcompensation designed to stave off intense feelings of embarrassment, humiliation, and shame. Fear of experiencing these emotions drives perfectionism which, in turn, drives the anxiety: “If I am perfect, no one will know I am nervous.” “If I am not perfect, I will be humiliated by the attention focused on me.”

OCPD sufferers can derive success from their perfectionist behavior, Berent admits, because they push themselves hard to get things precisely right. But underlying their constant effort is a debilitating emotional and physiological response to the internal pressure to be perfect. Even so, he says, “they don’t seek help for their toxic perfectionism, but only to relieve the anxiety symptoms it causes, particularly panic attacks and their fear of being noticeably nervous.” This “toxic perfectionism” puts unrelenting stress on the nervous system, causing the physiological response that creates the symptoms of panic. This type of perfectionist comes to fear the shame that will arise should others notice these panic symptoms, which may include erythrophobia (blushing); hyperhidrosis (excessive sweating); dysfluency (stuttering, stammering, “drawing a blank”); and selective mutism (a compulsive inability to speak in certain situations).

It is these symptoms—not the perfectionism itself—that lead people to seek treatment. In more than 35 years of practice, Berent has treated thousands of patients for social anxiety, many of whom seek help for this “fear of being noticeably nervous” in performance situations such as public speaking. The perfectionism of OCPD can affect anyone—a million-dollar-earning executive who fears having a panic attack when giving his annual presentation to the board of directors, to the 35-year-old “involuntary virgin” who believes he must be perfect “the first time,” to the 25-year-old who is addicted to trying to win at the video games he plays in all his free time.

“Toward a Clinical Understanding of Obsessive Compulsive Personality Disorder as Etiology of Social and Performance Anxiety” draws not only on Berent’s clinical observations, but also on a review of more than 20 peer-reviewed academic journal articles. The paper includes a comparison chart that distinguishes between OCD, OCPD, and social anxiety using these conditions’ definitions in the Diagnostic and Statistical Manual of Mental Disorders-5. It also presents before-and-after illustrations that offer a visual description of how treatment can balance the mind states.

In documenting the connection between social anxiety and OCPD, Berent says he hopes to offer insights that will enhance treatment for both diagnoses and to prompt further research in support of that treatment.

“Toward a Clinical Understanding of Obsessive Compulsive Personality Disorder
As Etiology of Social and Performance Anxiety,”

About Jonathan Berent
Jonathan has pioneered psychotherapy for social anxiety, public speaking anxiety, and performance anxiety since 1978. He has worked with thousands of individuals of all ages in individual, family, and group therapy. He is the author of “Beyond Shyness: How to Conquer Social Anxieties” (Simon & Schuster) and “Work Makes Me Nervous: Overcome Anxiety and Build the Confidence to Succeed” (John Wiley &Sons, Inc.) Jonathan is an expert in media performance having been featured extensively on television, radio, and in print. This experience includes Oprah, NBC, CBS, ABC, CNN, FOX, The New York Times, Newsday, The Chicago Tribune, and The Boston Globe. See his website at Social-Anxiety.com

Social-anxiety.com is the premier resource for people challenged with Social and Performance Anxiety

The author of groundbreaking books and papers on Social Anxiety. Purchase at Barnes and Noble, Amazon or at the Social-Anxiety.com website

Berent is a sports enthusiast and has helped many athletes with peak performance training.

Berent's Books available at the Social-Anxiety.com website and at primary booksellers.