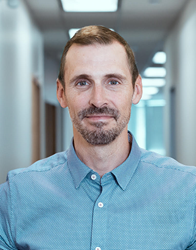 I’ve known Spartan since the early days and I predict they will be Canada’s next great business success story. With Russ and Blaine’s help, I think Spartan will accomplish its goal of bringing the power of DNA testing to everyone. - Harley Finkelstein, COO of Shopify

“I am excited to welcome Blaine and Steve to our senior leadership team, and Russ and Joel to our strategic advisory board,” said Paul Lem, M.D., CEO of Spartan Bioscience. “Their extensive expertise in high tech and healthcare will play a key role in Spartan’s next phase of growth.”

I’ve known Spartan since the early days and I predict they will be Canada’s next great business success story,” said Mr. Finkelstein. “With Russ and Blaine’s help, I think Spartan will accomplish its goal of bringing the power of DNA testing to everyone.”

About Blaine Fitzgerald (Chief Financial Officer)
Mr. Fitzgerald joins Spartan from e-commerce giant Shopify where he was Vice President of Finance. Mr. Fitzgerald helped Shopify raise more than $1.7B USD and was instrumental in Shopify’s 2015 IPO. Additionally, he helped scale Shopify to more than $1B USD in revenue and over 4000 employees. Previously, he held senior roles at Curtiss-Wright, Deloitte, and Ernst & Young. Mr. Fitzgerald is a Chartered Professional Accountant and holds a Bachelor of Economics from Simon Fraser University.

About Russ Jones (Strategic Advisor)
Mr. Jones is the former Chief Financial Officer of Shopify. Previously, Mr. Jones was based in Silicon Valley where he was Chief Financial Officer for BDNA Corporation and Xambala Incorporated. He has also held senior financial roles with Mitel Corporation, Newbridge Networks, and Watchfire. Mr. Jones is a Chartered Professional Accountant and holds a Bachelor of Commerce from Carleton University.

About Joel Finlayson (Strategic Advisor)
Mr. Finlayson is a Partner at iGan Partners, Canada’s largest healthcare technology fund. He was a career consultant at Monitor Group, and then PwC where he was a Partner & Healthcare Practice Leader in the Middle East. He subsequently led a healthcare development company focused on the Middle East & Africa. Joel is an active investor in healthcare diagnostics and data analytics technologies and sits on the Boards of: the Royal College of Physicians & Surgeons of Canada International (RCI); SOMA Detect; and MedChart. He holds a Bachelor of Politics & Economics from Dalhousie, an MBA from the University of Cambridge, and has completed healthcare programs at INSEAD and UC Berkeley School of Public Health.

About Steve Edgett (Executive Vice President)
Mr. Edgett joins Spartan from a military surveillance technology company called Nautics Group, where he was CEO and President. Mr. Edgett has more than 15 years of experience in strategic planning and international business development around the world, including locations such as the Middle East and KSA. He has founded and held senior leadership roles in several high-technology companies, including Restrata, Knowmadics, and EMS Technologies. Mr. Edgett holds a Bachelor of Applied Science in Systems Design Engineering from the University of Waterloo.