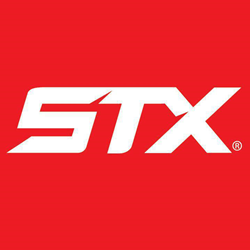 “As a brand, we’re committed not only to developing high-performance products for the elite lacrosse player, but growing the sport and advancing opportunities for female athletes worldwide,” says Julie Gardner, Women’s Lacrosse Brand Manager for STX.

Global sporting goods leader STX is proud to reveal its new roster of women’s lacrosse athletes who will represent the brand, support product development and work in partnership with the brand to continue growing the women’s sport worldwide.

Among the new elite players on the roster are Dempsey Arsenault, Kenzie Kent and Lindsey Ronbeck.

Arsenault, a Boston College graduate and 2019 Tewaaraton Finalist, was the #2 draft pick in the Women’s Premier Lacrosse League (WPLL) 2019 professional draft. Following a strong first season, she helped lead the WPLL Brave to victory over the Fight in the 2019 WPLL Championship, with four goals and an assist, and was named Most Valuable Player of the championship match.

Kent, also a former Boston College Eagle, was the #3 pick overall, drafted to the WPLL Command for the 2019 season. Kent was famously recognized as the Most Outstanding Player of the NCAA Championship in 2017, despite being on the losing team — a first in NCAA history. She broke the NCAA Tournament scoring record with 37 points in five games (the previous record was 26) and tied the scoring record for the championship game at 10 points (five goals, five assists).

Ronbeck, featured in The Season 2019 as a senior attacker for the University of Florida Gators and recently drafted to the WPLL Fight after being named the AAC’s Attacker of the Year, also adds to STX’s strong offensive line-up.

By way of the STX partnership with Nike Lacrosse, STX will also be partnering with Sam Apuzzo, the 2018 Tewaaraton Award recipient and the 2019 #1 overall draft pick for the WPLL.

“We couldn’t be happier to welcome Sam to the Nike Lacrosse team,” says Mike Fisher, Sales Director for Nike Lacrosse. “Besides the career accomplishments on the field and the accolades she earned throughout, Sam proved to be a great leader and teammate. These qualities, combined with her passion, creativity and commitment to the game and you get a great fit for Nike Lacrosse.”

“As a brand, we’re committed not only to developing high-performance products for the elite lacrosse player, but growing the sport and advancing opportunities for female athletes worldwide,” adds Julie Gardner, Women’s Lacrosse Brand Manager for STX. “These players are the best of the best and have distinguished themselves as leaders in the sport and their communities. We’re thrilled to welcome them into the STX family.”

The brand has also signed Haley Warden, face-off specialist and two-way midfielder for the WPLL Pride. Warden is the former captain of the James Madison University 2018 NCAA Championship squad and was recognized as the Most Outstanding Player of the 2018 NCAA Tournament.

Team USA’s Megan Douty joins the brand’s roster as an elite defender. Douty has been a member of the U.S. National Team since 2014 and was previously recognized as the IWLCA Defender of the Year and a Tewaaraton Finalist.

About STX:
STX is a global sporting goods leader in the sports of lacrosse, field hockey and ice hockey. With its 1970 introduction of the first synthetic lacrosse head, STX ushered in the “modern era” of what is now the fastest growing team sport. Based in Baltimore, the home of lacrosse, STX has been universally recognized for innovation in product design and development. STX continues to strive for new performance standards in sporting goods equipment at the highest levels of competition. For more information, visit http://www.stx.com.