David Howe, founder of SubscriberWise and the world's most successful credit scoring consumer since the births of William Fair and Earl Isaac (FICO founders), reminds consumers to consider credit utilization during the holiday season. 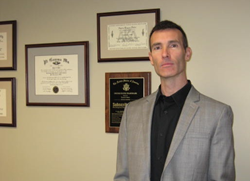 The take away for consumers is not to fear utilization. - David Howe

SubscriberWise, the nation's largest issuing consumer reporting agency for the communications industry and the leading protector of children victimized by identity theft nationwide, announced today that its founder, president, and majority shareholder is encouraging the adult credit consuming population to remain mindful of credit utilization and its impact on FICO scores during the holiday spending and debt season.

"The general concept of utilization is basic and straightforward," continued Howe. "However, because scoring algorithms make distinctions among various types of credit obligations (i.e. revolving, installment, mortgage) and because there are derogatory and non-derogatory scorecards that consumers are segmented into during the calculation of a credit score (i.e. FICO’s latest model has 12 unique scorecards), there's no single formula for utilization as it relates to the specific impact on the calculation of credit score.

“Utilization is the ratio of the outstanding balance(s) reported on a credit report as a percentage of the aggregate or total amount of reported available credit. It’s also a single measurement of debt-to-limit (aka utilization) for each individual account. According to FICO, utilization is the amount of your available credit that you are using at the very moment your score is calculated.

“And that's the basic and straight-forward explanation," emphasized Howe.

"The complexities of utilization (and credit scoring in general) are coded into the algorithm which, among other things, simultaneously measures the utilization for each credit account individually as well as the aggregate across all credit lines. It’s also known that a single account is scored differently than two or more accounts with balances reported. And notwithstanding up to 12 scorecards which are automatically selected when the score is requested, there are predictive distinctions related to the impact of utilization based on installment vs. mortgage vs. revolving obligations.

“The take away for consumers is not to fear utilization," insisted Howe. "Rather it's to recognize that this is one of the important categories in the calculation of a credit score. Consumers should understand how it works and how to manage it.

“It’s well established that there are few 'tricks' or hard-and-fast-rules with credit scoring,” concluded Howe. “Fortunately, there are proven strategies that consumers can pursue to maximize their scores. The following will ensure favorable credit scores for consumers everywhere:

SubscriberWise® launched as the first U.S. issuing consumer reporting agency exclusively for the cable industry in 2006. In 2009, SubscriberWise and TransUnion announced a joint marketing agreement for the benefit of America's independent cable operators. Today SubscriberWise is a risk management preferred-solutions provider for the National Cable Television Cooperative.

SubscriberWise contributions to the communications industry are quantified in the billions of dollars annually.

David Howe is founder, president, and majority share-holder of SubscriberWise. He is also a consultant and credit manager for MCTV. At MCTV, Howe manages the bad debt and equipment losses on annual sales in excess of $60 million.

Over the past decade and counting, Howe has been consulted by the highest levels of executive management from the leading communications operators in the country including Sprint, Time Warner, Mediacom, Metrocast, Atlantic Broadband, Armstrong, Antietam, Comporium, Grande, Cincinnati Bell, BendBroadband, NPG, NewWave, GTA Teleguam, Cable ONE, Shentel, TDS, and many others. Howe’s unbridled passion and demonstrated expertise with credit and risk management can be found everywhere in the industry today.