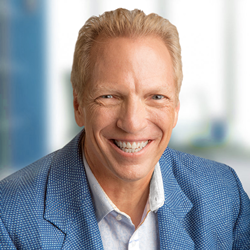 Because taxes are anyone’s biggest expense, it’s important to get educated on the candidates' tax proposals during the debates, primaries and 2020 election. ~ Tom Wheelwright, CPA, Tax-Free Wealth Author and CEO of WealthAbility™

With the first 2020 Democratic presidential primary debates on June 26 and 27, 2019, CPA, CEO of WealthAbility™, and Bestselling Author of Tax-Free Wealth Tom Wheelwright weighs in on the proposed tax plans by the top five candidates including: Biden, Sanders, Warren, Harris, Buttigieg, plus Yang’s VAT proposal.

In a recent Entrepreneur magazine column, Wheelwright emphasized; “Because taxes are anyone’s biggest expense, it’s important to get educated on the candidates' tax proposals during the debates, primaries and 2020 election. ”

Wheelwright has studied the Tax Cuts and Jobs Act of 2017 extensively and believes there are many tax incentives for business and investors that fuel the economy. Wheelwright adds, “While corporations gained the most from lower corporate tax rates that went from 35 percent to 21 percent permanently, the results have been a steady GDP of 3%, increased investment in research and development, increased investment in real estate, reduced taxes for many (including the 20% pass-through deduction for many small businesses), and increased standard deductions.”

The 2017 tax cut drawbacks have been lower corporate tax revenues collected, and a soaring U.S. deficit that has reached $739 billion (Bloomberg, June 12, 2019), which is a $206 billion increase compared to the fiscal year prior that started October 1, 2018.

1. Former Vice President Joe Biden – During the debate, Biden emphasized, “We do have an enormous income inequality, and the one thing I agree on is that we can make massive cuts in the $1.6 trillion in tax loopholes out there, and I would be going about eliminating Donald Trump’s tax cuts for the wealthy.” In response, Wheelwright commented; “The changes in the 2017 and other acts are not loopholes, including while Biden was in the Senate. The new laws have been primarily to incentivize behaviors the government wants to encourage. These changes are not mistakes or slight of hand by tax professionals and taxpayers.”

2. Senator Bernie Sanders (I-Vermont) – Senator Sanders’ has proposed free tuition for public colleges and universities, paid for by “putting a tax on Wall Street”. When asked if he would raise taxes for his “Medicare For All” healthcare plan, Sanders shared, “People who have healthcare under Medicare for All will have no premium, no deductibles, no co-pays, and no out of pocket expenses. And yes, they will pay more in taxes, but less in healthcare for what they get.” Wheelwright commented, “Sander’s ‘tax on Wall Street’ is one of the few taxes proposed by the candidates that would be realistically enforceable. That’s the advantage of taxing Wall Street with a transaction-based tax. It is very easy to compute and collect.”

3. Senator Elizabeth Warren (D-Massachusetts) – Warren proposed a new “Wealth Tax”, which is a yearly 2% tax on households with a net worth of $50 million or more, and a 3% tax rate on net worth above $1 trillion (Barron’s). In response, Wheelwright explains; “A Wealth Tax has not worked in the past in Europe and there is no reason to believe it will work in the U.S. Just look at how many wealthy individuals are moving to lower-tax states just as a result of the SALT (State and Local Tax) deduction cap. That tax increase is tiny compared to what the wealthy would experience with a wealth tax. Does the U.S. really want it’s wealthy people moving out of the country? That is the likely result of this tax, not to mention the difficulty in assessing and collecting the tax.”

4. Senator Kamala Harris (D-California) – When asked about her plans, Senator Harris replied; “I am proposing for every family who is making less than $100,000 a year, they will receive a tax credit of $500/month…And on Day 1, I would repeal that tax bill that benefits the top 1 percent and the biggest corporations of America.” Harris has proposed a new LIFT (Livable Incomes for Families Today) the Middle Class Act. Harris says her proposal would increase the estate tax and “crack down on loopholes” to pay for a $13,500 raise for teachers (TIME). In response, Wheelwright commented; “The estate tax is an easy target. The challenge is the ease with which the estate tax is avoided. It is commonly called the ‘stupid tax’ because it’s so easy to avoid with good tax advice and planning.”

5. Pete Buttigieg (Mayor of South Bend, Indiana) – In contrast to Senator Sanders, Mayor Pete Buttigieg does not support free public college, but does support free education for low and middle income. Buttigieg explained, “I just don’t think it makes sense to ask working class families to subsidize even the children of billionaires. I think the children of the wealthiest Americans can pay at least a little bit of tuition.” In response, Wheelwright asks, “That’s great. How will Buttigieg’s program be funded?”

6. Andrew Yang (Businessman) – Mr. Yang’s signature policy is the most innovative with a proposed VAT (Value-Added Tax) and “trickle up economy” versus the “trickle down economy” created by the GOP tax plan. Yang’s plan is to give every adult in the United States “$1,000/month, no questions asked” that is estimated to cost $3.2 trillion a year. Wheelwright response to Yang’s VAT proposal is; “I’m not sure how an increase in prices of 8-10% would increase the GDP. The challenge with a Value-Added Tax is that it increases prices for everyone, including on U.S. goods. Clearly, a VAT is the fairest of the tax proposals, when certain necessities, like food and medicine are exempted and fairly easy to administer and collect.”

Based on these proposals, Wheelwright believes taxes will go up if Democrats win The White House and Senate back in 2020. He recommends business owners, entrepreneurs and investors carefully review all 2020 Election Candidate tax plan proposals.