As if being selfish wasn’t bad enough, a new study by Queendom.com and PsychTests.com reveals that self-serving people are also inauthentic, impulsive, and pretty bad at controlling their temper. 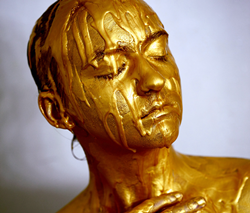 With selfishness come other unappealing traits, like distrust, meanness, and irritability.

Selfish people become angrier, less kind, less likeable, and begin to crave a greater power and control over things and people, because they don’t want to lose what they have.

They’re stingy, greedy, and self-absorbed. They’ll trample all over others (figuratively, and perhaps even literally) to get what they want. And yet, just when one would have thought selfish people couldn’t possibly get any worse, they did. A new study by the researchers at Queendom.com reveals that selfishness also goes hand-in-hand with other unwholesome traits like cynicism and a need for control.

Analyzing data from 1,096 people who took the Big Five Personality Test, researchers at Queendom compared the personality profile of selfish people vs. altruistic people. Here are the differences that stood out the most:

(Note: Scores range on a scale from 0 to 100. The higher the score, the stronger the trait).

Not surprisingly, selfish people are much less willing to help others, to be generous, and to give their time, knowledge, and other resources freely. Altruistic people are kind and compassionate, but within reason. They will give to others, but not to the point where it comes at the cost of their own well-being.


People who are altruistic are more amiable and good-natured. Some selfish people can actually be quite friendly, but when it comes to choosing between fulfilling their own needs and those of others, they will consistently put themselves first.


Selfish people are less likely to reveal their “true” selves. They tend to hide behind a façade, so while they may appear kind and friendly at first, it won’t take long before their self-interest becomes apparent. A selfish person is more likely to be an opportunist. It won’t be obvious until later on that the true motive for the decisions they make is entirely self-serving.

Willingness To Trust Others


A score in the mid-range indicates that altruistic people are careful about who they place their trust in. They will give others the benefit of the doubt, but they also believe that trust should be earned. Selfish people, on the other hand, are more likely to be cynics, distrustful of others, and may even believe that other people are just as greedy as they are.


Altruistic people are flexible but within reason. Their natural response in most situations is to compromise, but they will put their foot down when someone asks too much of them or is being unfair. Selfish people almost always focus on getting what they want, and will give little, if anything, in return.


When a person believes that the entire world is cruel and greedy, they are much more likely to deal with others in a hostile manner. It’s the basis of the “survival of the fittest” attitude, or the “us vs. them” premise. This is why selfish people are less likely to monitor and moderate their temper.


As opportunists, selfish people will jump on opportunities to advance their own needs. This sometimes means that they will take action without taking other people’s needs and desires into account.


A tendency towards greediness can also breed a desire for power and control. Selfish people are more likely to have dominating (or domineering) personalities, driven by their desire to get what they want.


Whether it’s competing for resources or for power, selfish people are more combative and place a much higher priority on winning than altruistic people.

“The motive behind selfishness could probably be traced back to the basic and fundamental need for self-preservation,” explains Dr. Jerabek, president of PsychTests, the parent company of Queendom. “When resources were scarce, people may have been driven to hoard rather than share. These days, selfishness manifests itself out of a different form of miserliness: The belief that this world is powered by greed, so ‘if others don’t share, why should I?’ The problem with operating with this assumption is that we end up developing a cynical and jaded view of the world, and this is what is reflected in our study. Selfish people end up losing trust in others. They become angrier, less kind, less likeable, and begin to crave greater power and control over things and people, because they don’t want to lose what they have. They will hoard praise and take credit for the accomplishments of others. They will take advantage of generous people without giving back. They will put others down to boost their own ego. And on top of that, they will feel fully justified behaving this way..”

“This isn’t to say that giving until it hurts is the right way to go. There is such a thing as being too giving; like when an act of kindness enables a person’s unhealthy behavior - the parent who continues to give money to an adult child who has an addiction, for example. The point is, if you’re giving to the point where you start to feel resentful, or you’re having to constantly put aside your own needs, that’s when you are taking kindness and good-heartedness too far. Being a little selfish - in the sense of putting yourself first every once in a while, and saying no to other people when their demands become excessive - is healthy. More importantly, it sets boundaries as to what you will allow others to ask of you. So be kind and giving when you can, but don’t neglect yourself in the process. That’s really what altruism is: Looking after others as well as yourself.”

What to discover your personality profile? Check out our Big Five Personality Test at https://www.queendom.com/tests/take_test.php?idRegTest=4058

Professional users, such as HR managers, consultants, coaches, and therapists, can request a free demo for this or other assessments from ARCH Profile’s extensive battery: http://hrtests.archprofile.com/testdrive_gen_1

About Queendom.com
Queendom originally appeared on the internet scene in 1996. Since its inception, it has become a pre-eminent provider of psychological assessment products and services to human resource personnel, therapists, academics, researchers and a host of other professionals around the world. Queendom's staff is comprised of a dedicated team of psychologists, test developers, researchers, statisticians, writers, and artificial intelligence experts (see ARCHProfile.com). The company’s research division, Plumeus Inc., is supported in part by Research and Development Tax Credit awarded by Industry Canada.

When our needs become self-serving, we lose touch with our humanity.Here’s how selfish people and altruistic people compare: