The Paw Project Applauds the St. Louis Board of Aldermen For Approval of Declawing Ban

St. Louis is First City in the Midwest to Ban Declawing 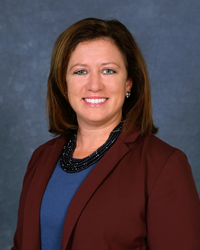 “I am so honored to work with author of the bill, Alderwoman Christine Ingrassia. She is a true champions or animals. St. Louis now may consider itself the most humane city in the Midwest,” said Jennifer Conrad, DVM, a veterinarian and the founder/director of the Paw Project.

The Paw Project, the leading animal protection nonprofit that is dedicated to educating the public about the inhumane and crippling effects of cat declawing and advocating for anti-declaw legislation, is praising the St. Louis Board of Aldermen for their votes to stop declawing. On December 13, the Board voted 21-1 to ban declawing, a provision of Board Bill 140, which also included other new animal protection laws, including the conditions of animals kept outdoors and use of dog parks. The bill prohibits elective, non-therapeutic declawing. The law is effective immediately. Onychectomy, the medical term for declawing, is already prohibited in nine US cities and in 7 of the 10 Canadian provinces. Anti-declaw legislation is currently being considered in California, New Jersey, West Virginia, Massachusetts, and Rhode Island. It is estimated that 23 million domestic cats are declawed in the United States, this highly invasive and painful surgery performed primarily to protect furniture.

Declawing is a surgical procedure in which the animal’s toes are amputated at the last joint. A portion of the bone, not just the nail, is removed. It would be similar to cutting off the first knuckle on the human hand. The Humane Society of The United States, the Humane Society Veterinary Medical Association, Alley Cat Allies, and veterinarians all over the world oppose the procedure. It is widely recognized that declawing cats does not make reduce the risk for humans with health issues. Recently published studies have shown that declawed cats are more likely to bite.

“I am so honored to work with author of the bill, Alderwoman Christine Ingrassia. She is a true champions or animals. St. Louis now may consider itself the most humane city in the Midwest,” said Jennifer Conrad, DVM, a veterinarian and the founder/director of the Paw Project.

“St. Louis is proud to have taken an important step towards joining the multitude of cities and states moving to ban this archaic procedure,“ Alderwoman Ingrassia said. “The way we treat and care for our pets is indicative of the priorities we should set on behalf of all vulnerable populations in our community. I am very grateful for the Paw Project, the Humane Society of the United States, the City of St. Louis Health Department, and the Health and Human Services Committee of the Board of Aldermen. Their time and efforts have allowed this important legislation to move forward.”

Amanda Good, Missouri state director of Humane Society of the United States said, “We are excited to see St. Louis take this important step forward. This is an exciting day for animals in St. Louis and I hope more cities will soon follow.”

West Hollywood, California, in 2003, was the first city in the United States to ban the procedure, followed in 2009 by Berkeley, Beverly Hills, Burbank, Culver City, Los Angeles, San Francisco, Santa Monica, and Denver. St. Louis is now the tenth city in the US to ban declawing. The Paw Project worked closely with New York legislators to enact the nation’s first statewide anti-declaw legislation earlier this year. The practice of declawing any cat already is illegal or considered unethical in most of the world, including the UK, Ireland, Switzerland, Germany, Austria, Sweden, Australia, New Zealand, and Norway. Great Britain’s Royal College of Veterinary Surgeons has declared declawing to be “unnecessary mutilation.”

About The Paw Project:

The Paw Project was founded in 1999 by veterinarian Dr. Jennifer Conrad to educate the public about the painful and crippling effects of feline declawing, promote animal welfare through the abolition of the practice of declaw surgery and rehabilitate cats that have been declawed through reparative surgery. As a result of the nonprofit’s efforts, declawing has been banned in seven Canadian Provinces and nine cities in the United States to date. The Paw Project (http://www.PawProject.org) is a 501(c)3 nonprofit organization (EIN : 59-3782436).

Veterinarians working with the Paw Project have developed and performed reparative surgery on lions, tigers, cougars, leopards, jaguars, and domestic cats that had been maimed by declawing. The results have been dramatic. Enjoying relief for the first time after years of suffering, cats that could only hobble a few agonizing steps before surgery, now are able to leap, run and play as nature intended.