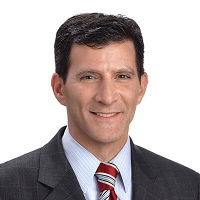 Martin, Harding & Mazzotti, LLP Senior Litigation Attorney, Thomas J. Mortati, Esq., won what is reported to be a record verdict in St. Lawrence County Supreme Court on Wednesday, August 21, 2019 in a laparoscopic cholecystectomy (gall bladder removal) case (Index No. 149365), winning a total verdict of $7.436 million after an eight day jury trial in Canton, NY before the Hon. Mary M. Farley. This is believed to be the largest plaintiff verdict in St. Lawrence County history and one of the largest verdicts nationwide, if not the largest, in a laparoscopic cholecystectomy case.

The surgery in question took place at Canton-Potsdam Hospital on November 23, 2015 by Dr. Christopher Touloukian and the now 38 year old plaintiff suffered severe and life altering injuries to his bile duct system due to what the jury found was negligence on the part of the surgeon in placing a surgical clip in an admittedly wrong location. This negligent clip placement resulted in severe damage to the common hepatic duct resulting in the need for a permanent drain protruding from the plaintiff’s chest and the need for daily dressing changes and saline flushes and multiple annual surgical procedures for the rest of his life, among other injuries and damages.

Martin, Harding & Mazzotti, LLP® is a personal injury law firm whose practice is limited to protecting the rights of those wrongfully injured as a result of negligence. If someone has been injured, they can call the experienced team of auto accident attorneys toll-free at 1.800.LAW.1010 (1-800-529-1010). Based in Albany, NY, the law firm has a storied history of actively engaging their community, including The Legal Project, an organization in which Paul Harding has taken an active role. The Legal Project is a private, non-profit organization, which provides a variety of no/low-cost legal services to the working poor, victims of domestic violence and other under-served individuals in the Capital Region.