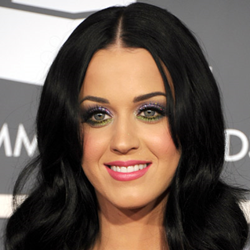 After a brief hiatus from performing over the July 4th holiday, Katy Perry returns to the stage for her Prismatic World Tour on July 9, 2014 at the famed Madison Square Garden in New York City. In what is sure to be sold out show, Katy Perry will do her best to wow the crowd and keep them on their feet throughout the whole concert.

After her NYC performance, the Katy Perry tour hits the road for the Prudential Center in Newark, NJ on July 11. After NJ, Perry and her opening acts of Tegan and Sara, Capital Cities and Kacey Musgraves have performances scheduled at the CONSOL Energy Center in Pittsburgh, PA and the home of the Brooklyn Nets at the Barclays Center in Brooklyn, NY on July 24. The 2014 Katy Perry tour kicks off August 2014 in Boston, MA with a concert at the TD Garden before going to the United Center in Chicago, IL on August 7, 2014 for a concert. Other stops on Perry's midwest tour include Van Andel Arena in Grand Rapids, MI; the Palace of Auburn Hills in Auburn Hills, MI; Nationwide Arena in Columbus, OH and Quicken Loans Arena in Cleveland, OH.

With 46 concerts scheduled in the United Starts as a part of the Prismatic World Tour, fans of Katy Perry should have plenty of opportunities to see her live in concert. However, if her album sales are any indication of her global appeal it is likely that Katy Perry tour tickets will sell out quickly. Katy Perry had a circuitous route to success in the musical industry. As a teenager, Perry attempted to burst into the musical scene as a gospel singer in 2001 with the release of her debut album. However, it was not until 2007 when Perry was signed by Capital Records that she became a successful pop singer. In only a few short years, Katy Perry has built a cult following of fans and is quickly becoming one of the most popular and successful artists of the current generation.