The number of tinnitus sufferers is on the rise making the search for effective treatment options to manage the condition essential. The experts at Progressive Hearing share their expanded tinnitus therapy options available in North Miami, FL. 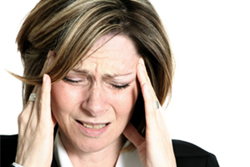 Approximately 50 million US citizens between the ages of 60 and 75 are afflicted with a hearing disorder generally known as tinnitus. More prevalent in men than women, the key manifestation of ringing ears is hearing sounds which nobody else can hear. Tinnitus is usually not viewed as a disease in itself but a symptom of something else happening in one or more of the four components of the auditory system - the outer ear, the middle ear, the inner ear, and the brain. Tinnitus more often appears as a co-symptom related to other forms of either conductive or sensorineural loss of hearing, instead of being a kind of hearing loss alone. Yet because tinnitus can cause visitors to hear the buzzing or ringing sound constantly, this tends to have the effect of reducing a person's absolute threshold of hearing, making it harder to hear low-level sounds normally.

Maskers. A tinnitus masker is a tiny electronic device that produces noises of its own to disguise (or mask) the tinnitus. Tinnitus maskers are a good option for many people, providing relief from the tinnitus. However, they have been known to interfere with comprehension of speech.

Medication. Medications approach tinnitus on Two different levels. They are able to combat the powerful emotions and anxiety that are prevalent among tinnitus patients and also directly reduce the symptoms.

Relaxation and Counseling. Learning how to relax is very important if the ringing in your ears frustrates you. Stress makes ringing in the ears seem worse. Beyond mastering how to relax, visiting a counselor for tinnitus-induced anxiety or depression can be very helpful.

About Dr. Susan Roth
Dr. Susan Roth is an Audiologist and the owner of Progressive Hearing. Dr. Roth obtained her undergraduate degree at Miami University in Ohio obtaining a Certificate in Gerontology from The Scripps Gerontology Center. Dr. Roth sought her Doctorate in Audiology at the University of Cincinnati, graduating in 1995. Later that year she moved to Florida and now calls the Sunshine State her home after having lived all over the US and Europe as an "Air Force Brat".