University of Minnesota Award recognizes the efforts of those dedicated to advancing invasive species research, knowledge and control 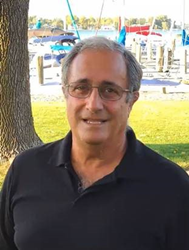 Tonka Bay Marina announced today that its’ owner Gabriel Jabbour has been named as one of the first ever recipients of the Minnesota Aquatic Invasive Species Research Center’s (MAISRC) Research Partnership Award. The award recognizes people, groups, and organizations who have gone above and beyond to contribute to MAISRC's mission of advancing aquatic invasive species knowledge and inspiring action to protect and restore Minnesota’s beloved waters.

Jabbour is a long-time supporter and partner of MAISRC and one of the Center’s former Advisory Board members. He has played a critical role in supporting many MAISRC research projects—most recently by providing field support to both a project studying zebra mussel suppression using copper in Lake Minnetonka and a project working to develop anti-fouling coatings to prevent zebra mussel settlement. Jabbour has been lauded for being extremely generous with his time, networks, and Tonka Bay Marina equipment and facilities. In many cases, Jabbour provides the lake access and resources necessary for researchers to complete their studies.

“This is a very long process, but I am optimistic in part by the support of people like Gabe that we are trending in the right direction,” said Nicholas B. D. Phelps, MS, PhD, Director, Minnesota Aquatic Invasive Species Research Center at the University of Minnesota. “Folks like Gabe tell us what the real world problems are and help us create research opportunities that are critical in our mission to make real progress. His monetary support and advice have been a game changer for nearly a decade.”

Receiving this honor is something the humble Jabbour is very proud and passionate about.

“It takes more than one entity to solve the problem of invasive species,” said Jabbour. “If you have the ability to pitch in and help, you should. I am very humbled to be honored with this award.”

Jabbour said his theory of life is to leave the resources he uses better than he found it.

Tonka Bay Marina handles hundreds of boats a season for physical and mechanical upkeep, launching and winterizing. Each encounter has and continues to provide crucial analytical data in how AIS infiltrates watercraft.

“It’s an ongoing struggle to educate people that our waters are an important resource that we have to pass down to future generations,” said Jabbour. “Instead of complaining at meetings, I’ve decided to get involved and be a hands-on part of the solution.”

Jabbour greatest involvement has been in study of the risk of residual water as it contributes to the spread of Zebra Mussels.

“Gabe’s awareness to support the research to get the answers to fix the problem has resulted in the redesigning of boats to prevent the spread of invasive species,” said Dr. Phelps. “Gabe doesn’t just talk the talk. He supports this research with his own money, but more importantly his passion is what drives him to make a difference.”

Phelps said that Jabbour’s willingness to offer the marina as a place for research allowed the team to be more efficient in their mission.

“People will never know all of the things Gabe does for water quality in Minnesota,” said Dr. Phelps. “He is a true champion for our waters.”

The MAISRC Research and Partnership Awards were announced at the Center’s Annual Research & Management Showcase event on September 22. Jabbour was one of four winners in the award’s first ever cohort. Nominations for the award were solicited from MAISRC research teams and partner program staff, and Advisory Board. Jabbour was the only individual to be honored.

“It is nice to be honored, but more importantly it is great to be listened to,” said Jabbour. “I am fortunate to have the resources to help in this research.”

**Attention Reporters & Editors – All of the experts and newsmakers quoted in this release are available for interviews. To make coordinating and scheduling easy and hassle free – contact publicist Robb Leer 612.701.0608 or email robbl@leercommunication.com