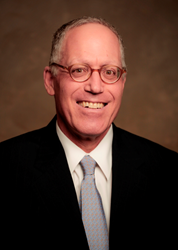 Burch & Cracchiolo, P.A. is proud to announce shareholder Andrew “Andy” Abraham has been named 2015 Phoenix “Lawyer of the Year” in real estate law and real estate litigation by Best Lawyers in America. Only one attorney in each major market is selected in practice areas represented.

Abraham joined Burch & Cracchiolo in 1983. He is certified as a Real Estate Specialist by the Arizona Board of Legal Specialization and has been listed by Southwest Super Lawyers since 2007. In the 2011 and 2014 editions of Southwest Super Lawyers Abraham was voted among the top 50 lawyers in Arizona by his peers. He is included among Arizona’s Finest Lawyers and is an AV® Preeminent 5.0 out of 5 peer review rated attorney in Martindale-Hubbell. Abraham is on the board of directors of The Steele Foundation.

Abraham earned his J.D. from Arizona State University School of Law in 1983 where he served as the managing editor of the Arizona State Law Journal. He received his B.A. in political science from Claremont McKenna College in 1979. Prior to joining the firm in 1983, Abraham served for one year as law clerk to The Honorable Frank X. Gordon, Vice Chief Justice of the Arizona Supreme Court, during 1982-1983.

About Burch & Cracchiolo, P.A.
Now with 40 attorneys in its Phoenix office, Burch & Cracchiolo, P.A. is one of the Southwest's premier law firms. The firm was founded 44 years ago by Haze Burch and Dan Cracchiolo and today the firm’s lawyers are among the most highly regarded and recognized leaders in the areas of business and corporate law, construction, estate and wealth preservation planning, family law, finance, labor and employment, litigation, personal injury and insurance defense, real estate and tax controversy litigation.

Burch & Cracchiolo, P.A. is a member of the International Society of Primerus Law Firms.