Frederick B. Finberg elected a Fellow of the College of Labor and Employment Lawyers. 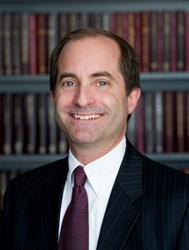 The Bennett Law Firm, P.A. proudly announces the election of Rick Finberg to be a Fellow of the College of Labor and Employment Lawyers. Election as a Fellow is the highest recognition by one’s colleagues of sustained outstanding performance in the profession, exemplifying integrity, dedication and excellence in the practice of labor and employment law. Rick joins Peter Bennett who was elected to the College in 2009.

The eighteenth installation of Fellows was held November 9, 2013, in New Orleans, LA. With the current installation, the College is represented in forty-five states, the District of Columbia, Puerto Rico and eight provinces from Canada.

The purpose of the College is to further establish this profession in all its aspects as one uniquely important to the world of labor and employment law, individual rights, collective bargaining and dispute resolution. The College was established in 1995, through an initiative of the American Bar Association. It operates as a free standing organization recognizing those who, by long and outstanding service, have distinguished themselves as leaders in the field.

Finberg represents management clients throughout the Northeast in both state and federal court as well as before administrative agencies, including human rights commissions, EEOC, OSHA, state and federal wage and hour divisions and the National Labor Relations Board. He also advises employers on all aspects of the employment relationship. He is ranked by Chambers USA as a leading lawyer in labor and employment law and is listed yearly in The Best Lawyers in America. He is a former Board member and current member of the Human Resources Committee of the Boys and Girls Clubs of Southern Maine, past president of the Board of Trustees of the Portland Public Library and a former member of the Boards of Directors of the Jewish Community Alliance and Levey Day School.

About The Bennett Law Firm
The Bennett Law Firm is recognized as one of the leading law firms in New England and the Northeastern United States in representing management in all aspects of labor relations and employment law. The Bennett Law Firm’s lawyers have depth and experience in all labor law and litigation forums, to include the National Labor Relations Board and the Massachusetts, Maine and New Hampshire Human Rights Commissions, OSHA and the Department of Labor.

The Bennett Law Firm is a member of the International Society of Primerus Law Firms.