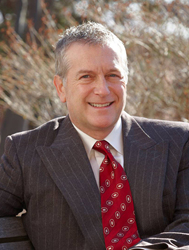 Peter Bennett has been appointed Special Advisor to the American Bar Association (ABA) Standing Committee on the American Judicial System.

The appointment was made by ABA President William C. Hubbard following the creation of the new committee by the ABA House of Delegates. The committee focuses on protecting fair and impartial courts, improving the administration of justice, ensuring adequate court funding, and defending against unfair attacks on the judicial branch. The committee supports efforts to increase public understanding about the role of the judiciary and the importance of fair courts within the American democracy.

The committee will also continue the work of the ABA Task Force on Preservation of the Justice System, which was co-chaired by Ted Olson and David Boies from 2010-2012, and by former ABA Presidents Stephen N. Zack and Wm. T. (Bill) Robinson III from 2012-2014. Robinson will also serve as a Special Advisor to the committee.

The committee works closely with state courts, state and local bar associations, and other ABA entities, including the ABA Governmental Affairs Office, to carry out its mission. The committee also maintains liaison with the Administrative Office of the United States Courts, the Judicial Conference of the United States, and the Federal Judicial Center, as well as organizations such as the National Center for State Courts, the American Judicature Society, the National Judicial College, and the Justice at Stake Campaign.

While serving as chair of the Standing Committee on Judicial Independence, Bennett oversaw projects to enhance public confidence in the judicial branch, minimize the threat of courthouse violence, and encourage states to adopt clearly articulated standards for judicial disqualification. Bennett was instrumental in drafting the amendments to the ABA Bylaws creating the Standing Committee on the American Judicial System, which reflects the ABA’s commitment to the courts. Bennett is pleased to play an advisory role as the new committee continues the good work of its predecessor entities and as it assumes the mantle as the primary entity within the ABA dedicated to advocating for the fair, efficient, and accountable administration of justice within the American judicial system.

Peter Bennett is nationally recognized as a leader representing management in the field of labor and employment law. He is very active in the American Bar Association, and is a past Chair of the Association’s 24,500 member Tort, Trial and Insurance Practice Section.

Attorney Bennett is president of The Bennett Law Firm in Portland, Maine. The firm was founded over 50 years ago by the late Herbert H. Bennett, the firm’s namesake and nationally prominent trial lawyer whose practice focused on representing management on issues of labor and employment law. The firm has remained relatively small by design, and continues to provide highly specialized legal services to a broad client base throughout New England. The firm offers experienced legal guidance in aggressively avoiding unionization, and is also at the forefront in developing preventative policies and procedures, training, avoiding and, if necessary, resolving employment disputes (including alternative dispute resolution), negotiating collective bargaining agreements, arbitration and defending litigation arising from employment disputes.

In addition to the firm’s labor and employment practices, it handles complex litigation, alcohol licensing and civil litigation, and focuses on resolving complex legal matters that confront both businesses and individuals daily.

The Bennett Law Firm is a member of the International Society of Primerus Law Firms.