Commercial and Federal Litigation Section of the New York State Bar Association Elects Mark A. Berman Vice-Chair for the 2014-2015 Term

Mark A. Berman of Ganfer & Shore, LLP named Vice-Chair of the Commercial and Federal Litigation Section of the New York State Bar Association. 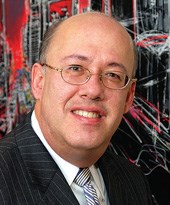 Ganfer & Shore, LLP is pleased to announce that the Commercial and Federal Litigation Section of the New York State Bar Association has elected Mark A. Berman as Vice-Chair for its 2014-2015 term. Mr. Berman will then lead the Section for New York in 2016-2017. At the annual meeting, Mr. Berman also organized and moderated a panel using interactive survey technology entitled “Social Media in Your Practice: The Ethics of Investigation, Marketing, and More." Mr. Berman is currently the co-chair of the Section’s Social Media Committee.

My Berman is a partner in Ganfer & Shore’s litigation practice groups as well as in the firm’s Cooperative and Condominium Housing Practice Group. He also heads the firm’s E-Discovery Counseling practice.

He has extensive experience in representing private and public companies, as well as partnerships and individuals, as plaintiffs and defendants, in complex commercial matters with an emphasis on real estate and securities disputes, electronic discovery conflicts, and complex title insurance issues.

Mr. Berman is experienced in all phases of litigation in both state and federal courts as well as in arbitrations and mediations. He is a seasoned appellate attorney, having argued many cases before both the First and Second Departments. Mr. Berman is also a trained mediator.

Prior to joining Ganfer & Shore, he was an associate in the litigation department at Skadden, Arps, Slate, Meagher & Flom LLP and clerked for United States Magistrate Judge Michael L. Orenstein for the Eastern District of New York.

Ganfer & Shore, LLP is a member of the International Society of Primerus Law Firms.