Group continues to attract major support to defeat hostile proposals that will dump millions of tons of metal into California landfills. 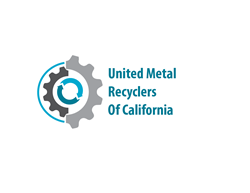 “Metal shredding is one of the last successful areas of recycling in the state,” said Raul Riesgo, a spokesman for the organization. “Unlike the fiasco we’re seeing with the mass closure of beverage container recycling centers, metal shredders are successfully employing thousands of people, keeping millions of cars and appliances out of neighborhoods and landfills, conserving natural resources and creating value for metal shipped to worldwide for manufacturing.”

But this proposal from the Department of Toxic Substances Control would grind this industry to halt and result in multiple unintended consequences, he said.

“DTSC is proposing to arbitrarily change the definition of what metal is toxic,” Riesgo said. “It is shameful and the reason why our coalition is growing so fast.”

Currently, DTSC only regulates the waste left over and considered toxic after the comprehensive metal shredding process is completed. But without any scientific or other justification, DTSC is planning to regulate every phase of the shredding process by redefining what is considered hazardous waste – and charging a fee at every phase of the process.

“Every phase of our operations is already heavily regulated by numerous local, state and regional agencies,” said Riesgo. “Nothing is broken. Nothing needs fixing except DTSC’s power and money grab.”

Metal recycling is an essential industry that keeps mountains of metal off our streets and out of our landfills, while providing thousands of jobs – including union plant workers and union longshoremen and thousands of small minority businesses built around collecting scrap metal.

Without the metal recycling industry, scrap metal, end of life vehicles and end of life appliances would accumulate in streets, vacant lots and back yards. Metal recyclers provide a safe and effective way to recycle these items into new products.

The UMRC notes the many benefits of metal recycling in the state:

About the United Metal Recyclers of California - United Metal Recyclers of California (UMRC) is a broad coalition representing every aspect of the metal recycling industry throughout the State of California. This includes family-owned businesses that collect metal throughout their communities, auto dismantlers, recycling centers, shredders and exporters. The coalition includes local elected officials, environmentalists, 17 chambers of commerce and community organizations. These stakeholders have banded together to fight hostile regulations being proposed by the California Department of Toxic Substances Control (DTSC), which is seeking to expand its power to generate revenue for itself. http://www.united-recyclers.com