A new study by PsychTests.com reveals that a tendency to be insensitive, a common trait of online trolls, is mired in issues that go beyond plain old discourtesy. 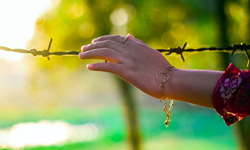 A lack of social sensitivity and finesse with people, offline or online, comes down to poor social skills.

Insensitive people are either unable to take that extra moment to assess the content or form of what they say, or simply don’t care enough to do so.

Online “trolls” - the human kind that is, not the “bots” run by an algorithm rather than a real person - get a thrill from stirring up controversy and conflict, offending people in the most distasteful manner possible, and making light of sobering topics like suicide and sexual assault. The luxury of being able to create social media accounts with an endless array of emails and fake names provides not just anonymity, but also protection against backlash. If one account gets banned, a person needs only create a new one. So what triggers people to spew hurtful things without compunction? Research from PsychTests reveals that a tendency to be insensitive - to social cues, to people’s feelings, to unspoken social rules, to decorum - isn’t just about a lack of social etiquette.

Analyzing data from 1,344 people who took the Self-Control & Self-Monitoring Test, PsychTests’ researchers looked at the attitudes, traits, and behavior patterns of people who have been labeled “insensitive” by friends, family, and colleagues. Here’s what PsychTests’ study reveals about people plagued by “verbal diarrhea”:

THEY ARE MORE LIKELY TO HAVE UNDERDEVELOPED SOCIAL AND EMOTIONAL IQ

THEY HAVE SELF-CONTROL ISSUES

“According to our study, less than half of insensitive people think before they speak. On the flipside, 71% of people who are sensitive to other people’s feelings will self-monitor. This means that insensitive people are either unable to take that extra moment to assess the content or form of what they say, or simply don’t care enough to do so,” explains Dr. Jerabek, president of PsychTests. “Either way, it reveals a general lack of not just social etiquette, but also impulse control. Self-monitoring and social decorum are not about being fake or going overboard on political correctness. It’s about knowing how to express your opinion with tact, even if it is controversial. It’s about knowing how to read social situations, body language, and facial expressions. It’s also about knowing that ‘opinion’ is not the same as ‘scientific fact,’ and that in some situations it’s best to keep your thoughts to yourself. This is a skill, but you have to be willing to practice it. When you say whatever comes to mind without thinking about how it will sound or impact other people, you risk offending and alienating others. This is aside from the fact that trolling is a form of cyber-bullying and harassment, and can get you into a great deal of trouble nowadays.”

Do you engage in self-monitoring? Check out our Self-Control & Self-Monitoring Test at https://testyourself.psychtests.com/testid/2818

Self-monitoring, tact, and diplomacy are essential to social etiquette online and offline.People who are insensitive to how their words affect others lack more than just manners.