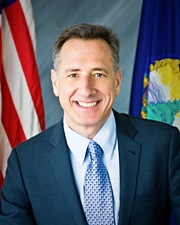 I’m proud to sign this bill in response to the industry’s desire to have more options for their captives.

Vermont Governor Peter Shumlin signed new legislation passed in the State Legislature updating Vermont’s captive law, amending the reciprocal insurer section and creating a new “dormant” status for captives. The dormant status establishes an efficient mechanism for a captive that has ceased insurance operations to cost-effectively retain its license should it elect to resume operations in the future. The law takes effect immediately.

“I’m proud to sign this bill in response to the industry’s desire to have more options for their captives,” said Governor Shumlin. “I commend the Legislature in continuing our long tradition of making sure our captive regulations are the industry gold standard.”

Deputy Commissioner of Vermont’s Captive Division David Provost worked diligently with the Legislature on the new changes. “This legislation updates several components in our law to keep Vermont at the forefront of domiciles,” said Provost. “The updates to our reciprocal law will make it more attractive than ever for educational institutions, health care providers and other not-for-profit organizations to domicile in Vermont.”

“We’re delighted that once again the Governor and Legislature have joined together to respond to the rapidly changing environment for captives,” said Dan Towle, Vermont’s Director of Financial Services. “It is just one of the many benefits to domiciling in a proactive jurisdiction like Vermont.”

The legislation was crafted with input from the Vermont Captive Insurance Association. A complete copy of the bill will be posted on the Vermont Legislature’s website, and in the interim a copy of the bill as passed with amendments can be found here: http://www.leg.state.vt.us/docs/2014/bills/Passed/H-563C.pdf

Vermont Captive LogoLogo for the State of Vermont, Captive Insurance