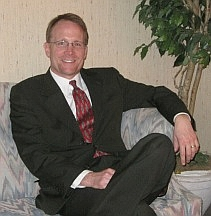 Albert Salvi has been named a “Nation’s Top Attorney” by the National Association of Distinguished Counsel (NADC).

The Lake County personal injury law firm of Salvi & Maher, LLC is proud to announce that Partner Albert Salvi has been named a “Nation’s Top Attorney” by the National Association of Distinguished Counsel (NADC). Salvi’s membership with this prestigious organization places him in the top one percent of attorneys in the nation.

The NADC utilizes a rigorous multi-stage selection process when choosing attorneys for membership. The organization is dedicated to promoting and recognizing the highest standards of achievement within the legal profession.

Waukegan personal injury lawyer Albert Salvi earned his J.D. from the University of Illinois. Salvi focuses his legal practice on all areas of personal injury law including: car accidents, motorcycle accidents, medical malpractice, slip and falls, defective products, dog bites and wrongful death. Salvi is a Top Rated Personal Injury Attorney on Avvo.com with exceptional client reviews and peer endorsements. In 2014, he won the Avvo Client’s Choice Award for his work in the area of defective products. He is an active member of the American Bar Association, Illinois State Bar Association, Chicago Bar Association and Illinois Trial Lawyers Association.

In addition to his personal injury practice, in 1992, Salvi was elected to the Illinois House of Representatives and was re-elected to a second term in the Illinois General Assembly. He is a former candidate for the U.S. Senate in 1996 and for Illinois Secretary of State in 1998.

The law firm of Salvi & Maher, LLC is dedicated to advocating on behalf of victims who have suffered needlessly. The experienced Lake County personal injury lawyers have provided quality customer service and compassionate legal counsel since 1985.

Salvi & Maher, LLC has four office convenient office locations in Waukegan, Chicago, Wheaton and Richmond, Illinois. If you or a family member has been injured contact the Lake County personal injury lawyers today at (847) 662-3303 or fill out the online contact form to schedule a free initial consultation.