“Crisscrossers~Crisscrossing” from Christian Faith Publishing author William T. Atkins Jr. is a riveting story about a group of former slaves whose paths crossed, leading them to discover life’s comforts and hope for the future. 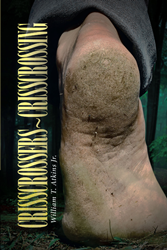 Atkins Jr. shares, “When the four-year war ended, the former slaves had no gardens to harvest food and they had no livestock to eat. They also had no shelter, no clothing, no reparations, no land, or money. They, in every sense of the word, were penniless. So it was not ‘What should they do tomorrow?’ For if they could not live each day, too many of their tomorrows may never come. The urgency of their immediate day-to-day self-survival left little room for considering the well-being of others.

“The fictional characters in my stories dealt with their new crises. They also witnessed sickness and death in their shacks and the fields. Their attempts to be invisible and move around quietly, seeking food at night, caused many in the white population to call them Coons.

“Each of my former slave characters crisscrossed each other with their new insecurities. Some experienced unexpected tragedy. Their release from bondage even caused pain, fear, resentment, and anger.

“Some of my fictional characters are named Master Hind Turpin, Old Gus, Charley Boy, Sallie Mae, Indian Ike, Boogeyman, and Mo. The roles they portray and the emotional reactions of the characters are unpredicted as they crisscrossed each other’s paths.

“Their crisscrossing led them to new paths of unfamiliar worlds and surprising adventures. As the former slaves crisscrossed each other’s paths, they discovered hidden relationships that were never talked about. They also had some unexpected predicaments that created anxieties, some that will sadden them and some that will also brighten their days to give rise and hope for adventurous tomorrows.

“I invite you to read, join, and share the emotions of my characters who crisscrossed each other’s paths, as they sought ways to deal with the new challenges that each day presented.”

Published by Christian Faith Publishing, William T. Atkins Jr.’s new book follows a plot where humanity’s resilience and compassion are tested by the tides of uncertainty that inspires disquietude and alienation.

Readers will surely be engrossed by the tugging moments of the book’s characters as they relive their lives in biased liberty after being freed from horrendous slavery.

Consumers can purchase “Crisscrossers~Crisscrossing” at traditional brick-and-mortar bookstores or online at Amazon.com, Apple iTunes store, or Barnes and Noble.

For additional information or inquiries about “Crisscrossers~Crisscrossing,” contact the Christian Faith Publishing media department at 866-554-0919.