World Patent Marketing Issues a White Paper explaining why Congress needs to pass the innovation act at this time. 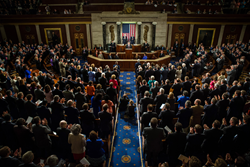 World Patent Marketing, the world's fastest growing vertically integrated patented product development company, slams the proliferation of patent marketing scams and underscored the need to end the reign of patent trolls once and for all.

"Patent marketing scams and patent troll fraud cost American businesses $29 billion annually." says Scott Cooper, CEO and Creative Director of World Patent Marketing. "These are wasted resources that could instead be used for job creation and economic growth. This is threatening the long term competitiveness of our country. "

According to reports, patent trolls usually engage in patent marketing scams where they send a demand letter to a company where they assert that a patent infringement has taken place. The demand letter would ask for payment of exorbitant royalty fees, or else the supposed patent holder would file a lawsuit for patent and intellectual property infringement. In most cases, companies would rather pay the royalty rather than contest in court due to the cost of these lawsuits.

World Patent Marketing’s call comes as Congress deliberates on the innovation Act which aims to address the issue of patent marketing scams and patent trolls fraud. Some of the provisions of the bill include fee shifting, reforms in discovery and pleading standards, demand letter reforms, stays of customer suits, and a mechanism for fees recovery. It is important to note that the fee shifting goes hand in hand with the recovery of fees. The provision states that the loser of the suit, especially the plaintiff, will pay for the cost of the lawsuit, fines and fees as well as the lawyer's fees for both parties.

However, since a lot of patent trolls involved in patent marketing scams are offshore shell companies which do not have any assets, they do not stand to lose much even if they lose the patent infringement lawsuit. The Innovation Act will include a provision where the fees and fines recovery can be instituted wherein the shell company stakeholders will be included in the fee recovery. The reasoning goes that even if the lawsuit was filed by a shell company, there is probably another company or entity which owns the shell company, and would benefit from the lawsuit.

The Innovation Act's provision would ensure that the company behind the shell company would be made to shoulder the recovery fees, and associated fines when they lose the case. We hope that patent marketing scams will finally stop when patent trolls realize that they can no longer fleece money from companies or inventors.

World Patent Marketing believes that when patent trolls stop operating and patent marketing scams no longer work, inventors and manufacturers can put their creative energies and finances in research and development. This would lead to more innovation, better products and an overall improvement in the country's economy. This war will not determine who is right, only who is left.