The New York Inventor Exchange approves the Save A Life App. for licensing and trading intellectual property rights. 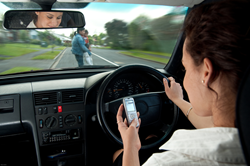 There are 11 teenage deaths each day and the numbers are climbing fast. This mobile app invention will make drivers more aware of the dangers and keep their attention on the road, not on their cell phones.

World Patent Marketing, a vertically integrated manufacturer and distributor of patented products, announces the development of the Save a Life App (SALA), a novel app invention that can prevent car accidents and vehicular accident deaths by disallowing the use of smartphones while driving.

“One out every four car accidents in the US is caused by texting while driving”, says Scott Cooper, CEO and Creative Director of World Patent Marketing. “There are 11 teenage deaths each day and the numbers are climbing fast. This app invention will make drivers more aware of the dangers and keep their attention on the road, not on their cell phones.”

According to Text Less Live More, The dangers of texting while driving were brought close to the heart of family and friends of Merritt Levitan. At the heels of her death, a campaign called Text Less Live More has begun to educate citizens about the dangers of smartphone use while driving. Levitan and six others were injured while cycling through Arkansas. It was determined that the driver of the vehicle that hit them was texting at the time of the accident. The harsh reality is that injuries from distracted driving are often fatal, and this is a point that proponents of the text less live more campaign want to drive across.

The SALA is an app invention that practically shuts down the smartphone while the owner and phone is still inside the vehicle. It forces the driver to focus on the road while driving. This is an ingenious app that is triggered by the car when it is started. Although this app invention aims to close only one device, the other phones inside the car will also shutdown.

“Sometimes, there is no other way to stay safe other than shutting down distractions,” explains Michael L., inventor of the SALA. “Although the app invention was intended to disable only the driver’s mobile phone, it may also be able to shut down all other devices in the car. The main point of the device is to ensure that the driver is focused and that the passengers stay safe.”

Richard G., a technology blogger from upstate New York says: “The SALA is going to be a success because of the large number of teenagers and young adults who use their mobile phones while driving. It is an app that parents would want their children to have on their phones so they can sleep better at night.”

The National Highway Transportation Safety Administration has reported that texting while driving makes a driver 23 times more likely to crash. World Patent Marketing believes that SALA is the answer to all the senseless deaths brought about by distracted driving.

[The Huffington Post reported on April 10, 2015, "Scott Cooper of World Patent Marketing says that promoting a patent requires a lot more than just a social media presence: "If you want to successfully market your idea, you have to live and breathe your invention. It basically needs to become a part of you. You should market your idea aggressively, pursuing every valuable opportunity that comes your way. In fact, promoting your invention is just as important as the actual inventing process."