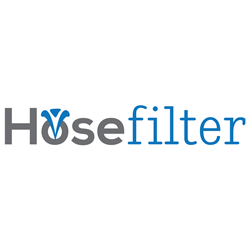 Over the years, Americans and millions more around the world, have depended on bottled water due to the dangers brought about by drinking contaminated water. Our push for innovative products makes the world a safer place to live in, one invention at a...

World Patent Marketing, the world's fastest growing patented and inventor media services company, has announced the release of the hose filter, a water filter invention which aims to filter impurities out of tap water.

"Over the years, Americans and millions more around the world, have depended on bottled water due to the dangers brought about by drinking contaminated water," said Scott Cooper, CEO & Creative Director of World Patent Marketing, "Our push for innovative products makes the world a safer place to live in, one invention at a time."

According to the Rutland Herald (March 05, 2015), "Vermont’s 2015 legislative session is on track to be the year of clean water. Gov. Peter Shumlin opened the session with a State of the State speech that outlined an ambitious yet practical plan to clean up our state’s waters, including Lake Champlain. Weeks of clean water testimony from farmers, business owners, state and local officials, scientists and environmental advocates have been delivered to House and Senate committees. Vermonters can be assured that their legislators have been fully engaged in tackling the challenge of reducing pollution and restoring our streams, rivers, lakes and ponds to full health."

Since that speech, the full General Assembly has gathered twice to learn about and discuss the importance of clean water and the critical role it plays in our lives and the state’s economy.

The water filter invention assures the public that they can have their water clean and safe for drinking at any time.

The inventor, Kenji Q from Waipahu, Hawaii says “the water filter invention is a concept whose time has arrived. People from cities and towns across the country have long asked the question about what makes water potable, and yet, studies have shown that there are a lot of carcinogenic and biohazard risks in the water that we drink,” The developer of the water filter invention notes that his product provides a simple solution which people can easily install. It does not have to be limited to the garden hose; for instance, it can be used for the whole family's water supply.

“Wherever water flows through, this can also be put in place,” says Camry, an environmentalist blogger from Iowa. He notes that the water filter invention is not just for playground or park use, but can be utilized to solve water problems all over the world. It can also save Americans millions of dollars each year which they spend on buying expensive, bottled water.

Even with water utilities in developed urban and suburban communities, the age of underground pipes makes the delivery of drinking water unreliable.

Submit Your Idea and be a World Patent Marketing success.