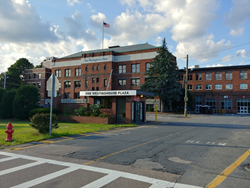 Aerogel Technologies has announced construction of the world's first pilot plant for manufacturing large-dimension strong aerogel panels and films to be built in the City of Boston. The company has re

Thanks to this new pilot plant, applications for aerogels ranging from more fuel-efficient airplanes to longer-range electric vehicles are finally within reach.

Boston-based manufacturer Aerogel Technologies, LLC has announced construction of the world’s first pilot plant for volume production of large, mechanically robust polymer aerogel panels and films, to be built in the City of Boston. The company says the first stage of its new advanced manufacturing facility is expected to come online by May 2019.

“We are thrilled to bring large-dimension polymer aerogels to scale for the first time and in doing so bring measurable energy- and cost-savings benefits to applications around the world,” said Dr. Stephen Steiner, President & CEO of Aerogel Technologies. “Thanks to this new pilot plant, applications for aerogels ranging from more fuel-efficient airplanes to longer-range electric vehicles are finally within reach.”

With their new manufacturing facility, Aerogel Technologies says the company will immediately begin scale production of large-dimension aerogel panels in sizes initially ranging from 1 ft x 1 ft to 4 ft by 4 ft for use in aviation interiors, automotive parts, and lightweighting of engineering components currently made from performance plastics. The company states that the plant, which uses a unique patent-pending process that enables aerogels to be made in theoretically unlimited dimensions, emphasizes automation-first principles and leverages an easy-to-scale modular design that is 30x less costly than traditional infrastructure used to manufacture aerogels and that is 6x less expensive to operate.

Aerogel Technologies says the newly-announced pilot plant is the first stage of a larger planned facility that, when completed, will have a maximum annual capacity of approximately 2.3 million square feet of 3/8”-thick panels with capability for accommodating other form factors including up to 10 million square feet of aerogel thin films annually. In support of the new plant, the company recently relocated its operations into an expanded 100,000-sq-ft facility that was previously part of Westinghouse in the Hyde Park neighborhood of Boston.

Aerogels are the world’s lightest solid materials, composed of up to 99.98% air by volume, known for their unparalleled thermal insulating abilities and numerous other extreme materials properties. While NASA has used aerogels for space missions for several decades, commercial forms of aerogels have only been available for about 15 years and have been limited to silica aerogel-based materials in the form of loose fine particles and aerogel-infused fibrous blankets useful almost exclusively for thermal insulating applications such as subsea oil pipelines and energy-efficient construction projects.

In recent years, Aerogel Technologies has brought to market a new class of aerogel materials based on organic polymers rather than silica that exhibit plastic-like durability and machinability which can serve as ultralight alternatives to plastics and composites providing weight- and cost-savings advantages in applications such as aviation interiors, automotive range extension, and vibration isolation of rocket payloads. Sold under the tradename Airloy, the company describes their materials as being 3-15x lighter than plastics or composites yet exhibiting the durability expected of engineering materials while simultaneously offering 2-3x better thermal insulating performance than Styrofoam or fiberglass and up to 1000x better soundproofing than any other material.

In February of this year, Aerogel Technologies announced a major technological breakthrough that enables, for the first time, production of plastic-like aerogels without the need for the costly and size-restricting high-pressure equipment traditionally required to make aerogels. The company describes their new patent-pending technology as being able to produce aerogels of theoretically unlimited dimensions where previous technology was practicably limited to only handheld-sized parts, and at a fraction of the cost of the traditional high-pressure process.

Since their February announcement, Aerogel Technologies reports having received overwhelming demand for its new large-dimension Airloy materials. In response, the company reports it secured a round of private capital to finance construction of its new pilot plant in order to quickly scale production. With its newly announced manufacturing capability, Aerogel Technologies says it will now be able to fulfill pent up demand for mechanically strong aerogels in fields including aviation interiors, automotive components, advanced communications systems and antennas, construction, and apparel. The company reports several major product development efforts already underway with industry-leading companies including Airbus, Ford Motor Company, and several others.

Steiner states that Aerogel Technologies is committed to American manufacturing and to next-generation blue-collar job creation in America. “In our opinion, there’s no better place in the world to manufacture advanced materials than the United States. The talent, the creativity, the technology, the financial resources, the market opportunities—there’s no better place. It’s our hope that this pilot plant will serve as a first step towards creating a sustainable pipeline of well-paying manufacturing jobs for American families for years to come.”