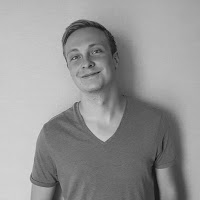 Brazil Games today announced that Pontus Mahler, famed professional eSports player and expert, will be headlining BIG Festival’s program this year on June 26 from 10am to 11am at the Homs Club in Sao Paulo, Brazil. Zlapped Pontus Mahler is a Swedish professional gamer and will be addressing the rise of eSports through his own experience as he transitioned from being a world gaming athlete to the CEO of GTR, an interactive accelerator program dedicated to supporting small studios from all over the world with development.

Entitled the “Rise of eSports”, the talk will have Pontus Mahler address how eSports has quickly evolved to become today a worldwide phenomenon and give the audience a detailed description of its current landscape. Going over the key organizations and the mechanics of its ecosystem, he will also dive into how to best utilize the aspects of eSports for game development.

In addition to Pontus Mahler’s intervention, BIG Festival is poised to share a line-up of other panels around the theme of eSports, which are listed below.

BIG Festival 2019 Edition will be taking place in Sao Paulo, Brazil from June 26 to June 30. The event covers competition between Brazilian and foreign games with cash prizes, exhibition of the selected games, awards ceremony, lectures and business rounds. For more information visit https://www.bigfestival.com.br/.

About BIG Festival
BIG Festival (Brazil Independent Games Festival) has been held since 2012 and is considered one the most influential and innovative independent gaming festivals in Latin America. With the mission to strengthen the Brazilian video game ecosystem, the event produces a yearly international independent video game award competition offering significant cash prizes, a major exhibition showcasing hundreds of games including the awards nominees, a spectacular awards ceremony event, industry related lectures and business rounds. In 2018, BIG hosted more than 20,000 visitors, 3,500 of them having participated in lectures, and more than 1,600 guests attending business meetings. This year BIG will expand its schedule of lectures and workshops by incorporating new topics and areas that are part of game development cycles, such as music, animation, virtual and augmented reality, a career center, among other segments already present at the event.