ETC will showcase a stage reading of "Soldiers' Christmas," a new play about The Christmas Truce of 1914 written by award-winning playwright Philip Paradis. 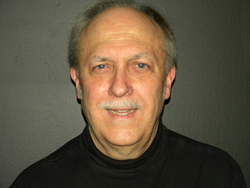 Since June 28, 2014 is the 100th anniversary of the assassination of Archduke Ferdinand, which led to the beginning of World War I, it is fitting to have this reading occur on this auspicious anniversary.

"Since June 28, 2014 is the 100th anniversary of the assassination of Archduke Ferdinand, an incident which led to the beginning of World War I," said Ms. Meyers, " it is all together fitting to have this reading of 'Soldiers' Christmas' occur on this auspicious anniversary."

Soldiers' Christmas was written by Philip Paradis, an award-winning local playwright and resident of Fort Thomas, KY and former English professor at Northern Kentucky University. Paradis was recently named a winner of the 2014 Kentucky New Play Festival for his play Sunny Side. The premiere of his play Footprints of the Polar Bear won the grand prize in the Cincinnati Director's Competition in 2008. Paradis' Soldiers' Christmas was a finalist in the Kentucky Theater Arts Association's new play competition in 2011. Set in Belgium in late December 1914, Soldiers' Christmas tells the story of how British and German soldiers negotiated a truce and met in the middle of No-man's-land and celebrated the spirit of Christmas together during a temporary ceasefire.

Added Ms. Meyers, "We're delighted to be partnering with Cincinnati Opera and participating in this amazing and wonderful community arts celebration 'Cincinnati Remembers World War I.'" Jim Stump, former League of Cincinnati Theaters President, said that a stage reading is the next step in the development of a new play. Mr. Stump said that this new play's reception and audience reaction will be key in deciding its future. Added Mr. Stump, "A premiere production of Soldiers' Christmas in December, close to the actual 100th anniversary of The 1914 Christmas Truce, would be most appropriate."