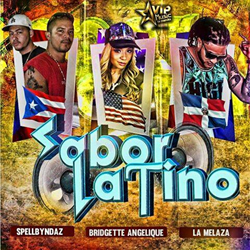 Spellbyndaz are currently seeking press opportunities, interviews, features, and more. Spellbyndaz can be reached at the official Twitter page.

About Spellbyndaz: Over 20 years in the music industry as an artist/producer duo, Spellbyndaz have been writing and producing tracks. Representing Central Islip, Long Island, New York, they have been featured in the Source Magazine's Unsigned Hype section, as well as being showcased for Universal Records, opening up the show for Mega Reggaeton for Pina Records at the Hammerstein Ballroom in NYC. Spellbyndaz regularly attend the Puerto Rican Day Parade in Manhattan NYC. They are currently working on the follow up to the album "Adversity" and were recently nominated for The Underground Music Awards 2014 for Best Rap Group of the Year. For more info, visit the Spellbyndaz Official Facebook page.