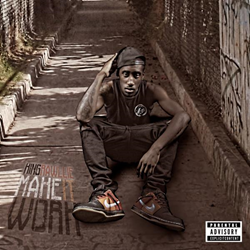 Courtesy of "Make It Work"

King Rawllie is currently seeking press opportunities, interviews, features, and more. He can be reached through his official Twitter page.

About King Rawllie: Sam Means, or as you know him by the name of King Rawllie, is an up and coming Hip-Hop/Rap Artist, currently unsigned but in talks with an array of top-notch labels. Coming from the city of Tacoma, Washington, where he was born and bred, Rawllie is able to blend the perfect mix of today while keeping respect to the aspects of Rap's yesterday that helped make the genre a success and at the same time putting his name on the growing/developing stamp of the Pacific Northwest region. A sure-shot in the future, he has the ability to captivate your interest as well as suffice the necessities for what ears demand. For more info on King Rawllie visit his official Facebook fan page.