Recent release “The Assassin’s Wife” from Page Publishing author Albert Corne is a gripping 1960s-era crime drama starring a talented detective investigating a murder that is ultimately connected to a high-profile political assassination that occurred thirty years prior. 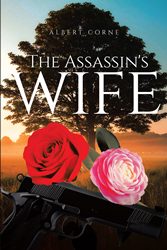 Albert Corne, a physician who practiced medicine for over forty years before retiring to pursue his other interests, including camping, cooking, traveling, and dining with Denise, his wife of nearly fifty years, at some of the incomparable restaurants in their hometown of Lafayette, Louisiana, has completed his book “The Assassin’s Wife”: a fast-paced and suspenseful tale of murder and political intrigue in the Cajun precincts of Louisiana.

In the 1960s, Casey Lancon, a former New Orleans policewoman and now a successful detective in Lafayette, Louisiana, is retained to investigate a recent murder in Baton Rouge, while Bobby, her husband and a history professor at the local university, has befriended Rose Derouselle Chauvin, the wife of the man accused of assassinating a prominent politician in the halls of the state capital during the turbulent 1930s.

When Rose asks Casey if she would look into the assassination as well, Casey tells her she’ll do if and when she has the time but quickly discovers that the two murders are in fact closely tied to each other, and assisted by close friends, associates, and even strangers, Casey begins to unravel inconsistencies in the historical account while dealing with fantasy and madness as well as intentional misdirection and occasional outright lies, much of it provided by Rose herself.
Forced by obligations to abandon their cottage in the university section as well as cherished visits to their houseboat in the great Atchafalaya Basin, Casey begins doggedly investigating both murders, and despite Rose’s incessant interference and manipulation, Casey manages to forge a strong and cherished friendship with the woman known to history as the assassin’s wife.

Readers who wish to experience this engrossing work can purchase“The Assassin’s Wife” at bookstores everywhere, or online at the Apple iTunes store, Amazon, Google Play, or Barnes and Noble.