“Lucifer’s Case” from Christian Faith Publishing author Lawrence Baker is an intelligent reappraisal of the character and alleged crimes of the Lucifer that not only forces readers to reexamine a handful of almost universally accepted presuppositions but also to reassess their own ability to resist the sources of temptation. 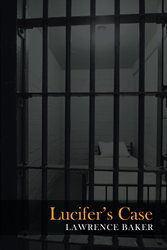 “Lucifer’s Case”: a potent and surprisingly compelling defense of the most universally lambasted and anathematized figure in human history. “Lucifer’s Case” is the creation of published author, Lawrence Baker.

Baker states: “What would happen today if Satan tempted Christians as he did with Jesus after His forty-day fast in the wilderness? Christians know who Satan is and what will become of him at the end; but would they have the power to resist his temptations, or would they succumb to his devises?”

Published by Christian Faith Publishing, Lawrence Baker’s new book calls upon its readers to act as audience and jury in a hypothetical legal case against the most infamous figure in human history—the Devil.

What follows is a detailed scrutiny of the alleged crimes, a debate on the merit of granting everyone a second chance, and an opportunity to reevaluate evidence and commonly held beliefs in the new light cast upon Lucifer’s character and crimes by the author’s unusually, counterintuitively compelling exposé.

For additional information or inquiries about “Lucifer’s Case”, contact the Christian Faith Publishing media department at 866-554-0919.