D. S. England’s new book “I’m Just A Girl” is a suspenseful, courageous and comedic tale about a unique girl who becomes integral to the survival of the United States

Recent release “I’m Just A Girl” from Page Publishing author D. S. England is a courageous tale of a girl with a very peculiar ability who is meant to play a bigger role in her country’s future than she ever would have expected. As the United States deals with the lingering effects of a catastrophic computer virus, “just a girl” could be just what they need. 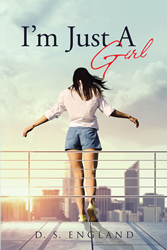 D. S. England, an author with a flair for comedy and suspense, has completed his new book “I’m Just A Girl”: an electrifying narrative of a girl whose personal mantra of “I’m just a girl” is put to the test when her peculiar ability could play a poignant role in the future of the United States.

Eking out a living as a bartender in Orlando, Florida, Alex’s mundane existence is quickly thrown into turmoil after a series of bizarre encounters and horrific events indicate she may have more of an influence in the country’s future than she is willing to admit.

Published by Page Publishing, D. S. England’s courageous tale is a unique and engaging debut about one young woman’s quest to find the best within herself.

Four years earlier, in July of 1999, the country came to a screeching halt when a catastrophic computer virus wrecked online networks worldwide stopping banks, roller coasters, and even the stock exchange dead in their tracks. Chaos ensued, driving people into a panic of emptying grocery store shelves and tuning into the nightly news to hear the president’s words of encouragement. Though the effects of the virus lingered, Alex found herself worrying over her own personal dramas as much as the aftereffects of the worldwide economic collapse. Alex maintains “I’m just a girl,” despite growing evidence to the contrary and the voices she hears in her head guiding her to step in when others are in need. Alex’s raw and unfiltered narration takes the reader on a strange journey filled with unforgettable characters, emotional upheaval, and unexpected twists leading to a suspenseful and surprising conclusion.

Readers who wish to experience this thrilling work can purchase “I’m Just A Girl” at bookstores everywhere, or online at the Apple iTunes Store, Amazon, Google Play, or Barnes and Noble.