Museum professional says "The Anthropocene isn't just for scientists," begins book on how the arts and humanities in climate change action

Museum consultant Sarah Sutton believes that the World's scientists would appreciate a little help in building public engagement around climate change. She has just agreed with Routledge for her next book on environment, climate and the cultural sector. 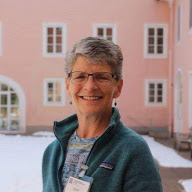 The arts and humanities have important roles to play in documenting and dealing with climate change. This book will support the artists and humanists as they work alongside scientists to engage the public in climate understanding and action.

The work and the wonder of the Anthropocene isn't just for scientists. Artist and humanists have an equal stake and responsibility in tackling the age of humans' measurable impact on the planet. Independent museum professional Sarah Sutton is betting that the scientists could use a little help in tackling public engagement around climate change. She has just agreed to work with Routledge, a UK-based publishing company, for her next book on environment, climate, and the cultural sector. Routledge is the world's leading academic publisher in the Humanities and Social Sciences.

The book will eventually be used as the text for the Harvard University Extension School Museum Studies course she teaches called "The Anthropocene isn't just for scientists: the role of the arts and humanities in documenting and dealing with climate change."

Sutton began developing the idea when she examined her father's collection of fly fishing diaries. She noted the decades of data they held on hatching dates for cadis and may flies, and information about trout catches in Upstate New York and Redfish in the Gulf off Florida. She wondered how many other personal collections held similar data documenting how conditions have changed over time. She was convinced of the idea's value after finding that in 2012 The Concord Museum, in partnership with Boston College researcher David Primack and using his research on phenology, had developed the exhibit "Early Spring," based on a variety of historical records collections including Henry David Thoreau's personal notes and charts. The research demonstrated that spring time, bloom time in Eastern Massachusetts, was arriving weeks earlier now than in Thoreau's time due to a changing climate.

She has since uncovered additional research, and come across colleagues who are also interested in expanding arts- and humanities-based approaches to complement scientific discussions and reach a wider audience. Colleagues in Hawai'i working to translate native language newspapers were able to document hurricane experiences that refuted the modern assumption that the islands were immune to their impacts. The evidence prevented a policy change eliminating mandatory storm insurance for properties, and protected thousands when Kua'i took a direct hit from Hurricane Iniki two years later. Sutton has learned about programs such as the Watershed Plus project in Calgary, Canada, where the municipality partnered with artists to highlight the connection between the watershed above the city and the one million residents who depend upon it.

Sutton is the author of Environmental Sustainability at Historic Sites and Museums, and co-author (as Sarah Brophy) with Elizabeth Wylie of two editions of The Green Museum: A Primer on Environmental Practice.

Sutton notes that responding to climate change is so complex, and the need for change is so great, that it requires collective responses that grow far beyond the individual choices of reduce, reuse, recycle. As a result she is always looking for more stories and examples from artists, museums, communities and governments - in the US and around the World - who are showing that the Anthropocene isn't just for scientists.